From climbing mountains to running 21 half marathons in 2021, these three runners are set to take on the London Landmarks half marathon to raise funds for the RSPCA this year.


London Landmarks Half Marathon is a scenic 13.1 mile route through the capital which takes place this year on Sunday, 3 April 2022.


Amongst those taking part to raise money for the RSPCA, the oldest and largest animal welfare charity, are three animal lovers who have discovered their love of running during the pandemic as a way of challenging themselves and getting outside. Now they will be donning their running shoes in April to help animals in need.

This will be the first official half marathon and the longest run ever completed for Samantha Grimes, 42, from Corsham in Wiltshire.

Around three years ago, Sam, who works in Guest Experience Management, took part in the ‘Couch to 5k’ training and has built up her stamina from there, completing her longest run to date at 10.5 miles recently.

Sam said: “I’ve just completed a 10.5 mile run which is a lot more than I’ve done before so that has made me feel a bit more confident. Before that, I’d only done 10ks so I’d be almost doubling my longest distance!”

Sam, who has two house rabbits called Lola and Dolly and two cats called Digby-Bob and Nellie, is a self-confessed animal lover.

She added: “I just love animals. Everyone I know does races for human charities but it will spur me on more running for animals. My pets aren’t rescue animals so I wanted to make a difference to the lives of animals who aren’t as fortunate as my pets. 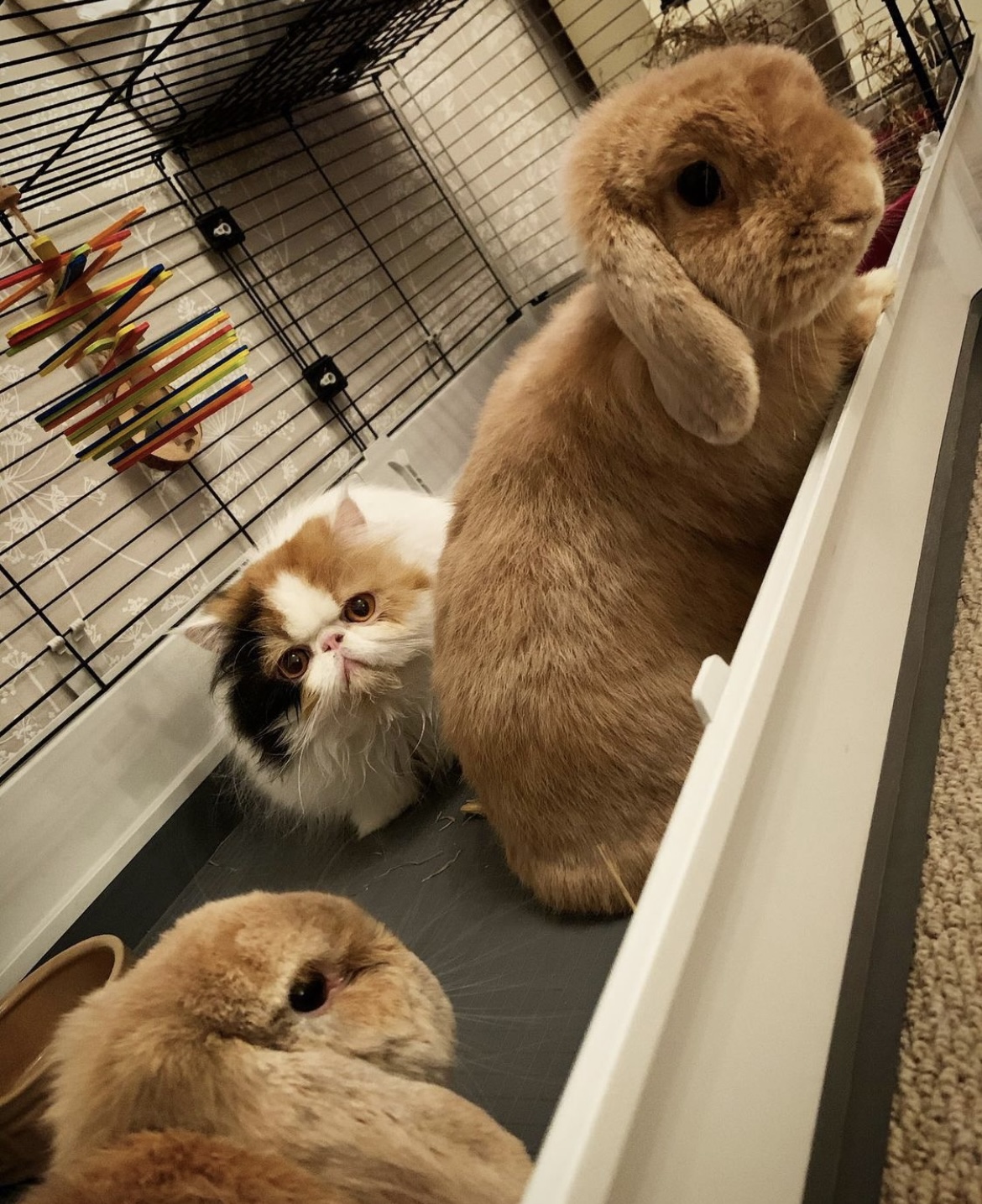 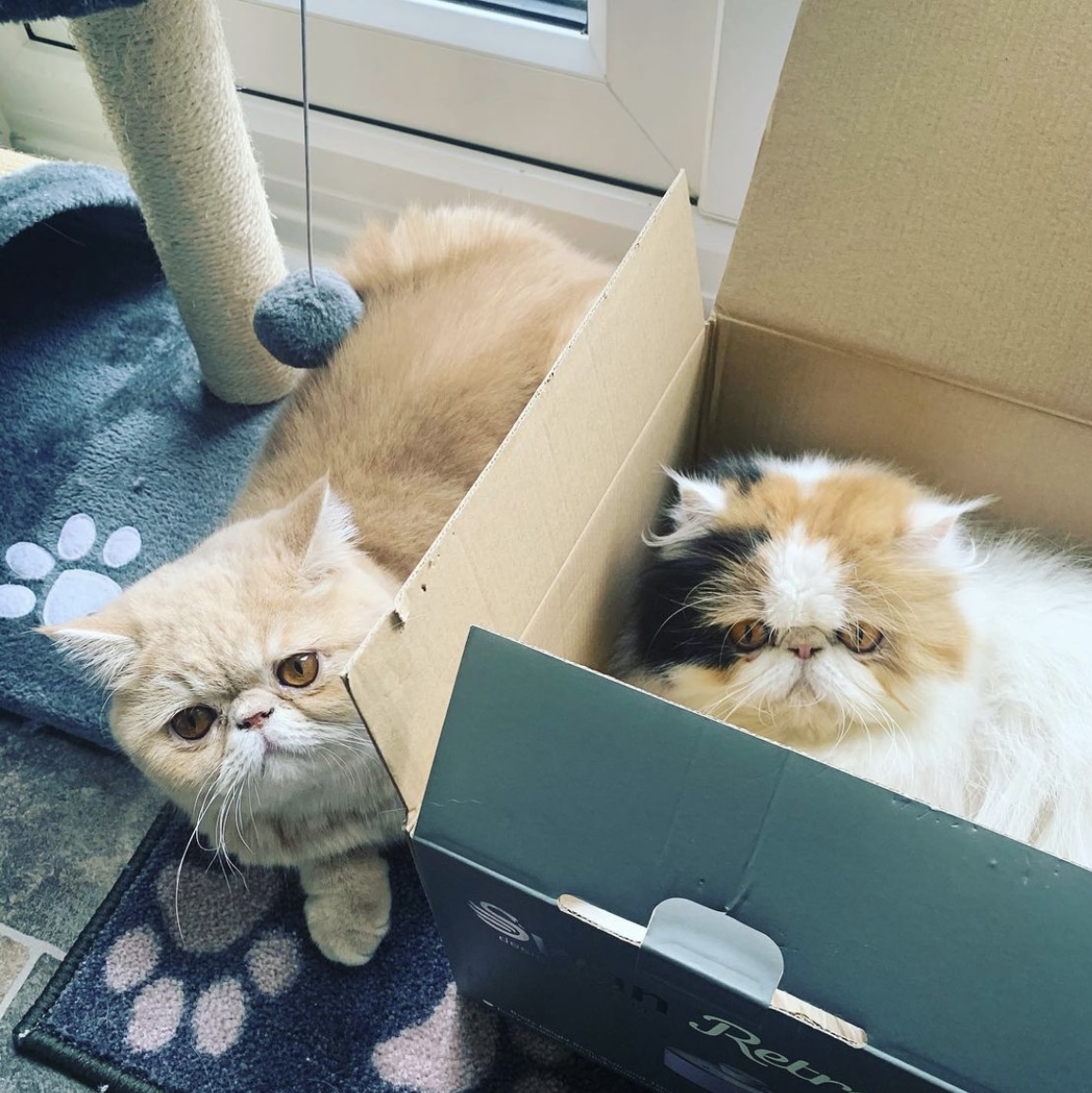 “I think this is a bit of a midlife crisis! Last year I climbed Ben Nevis and this year I’m doing a half marathon! I keep saying no to challenges but somehow end up doing them anyway. I think doing these challenges and having a goal in mind has been really helpful during the lockdowns.” 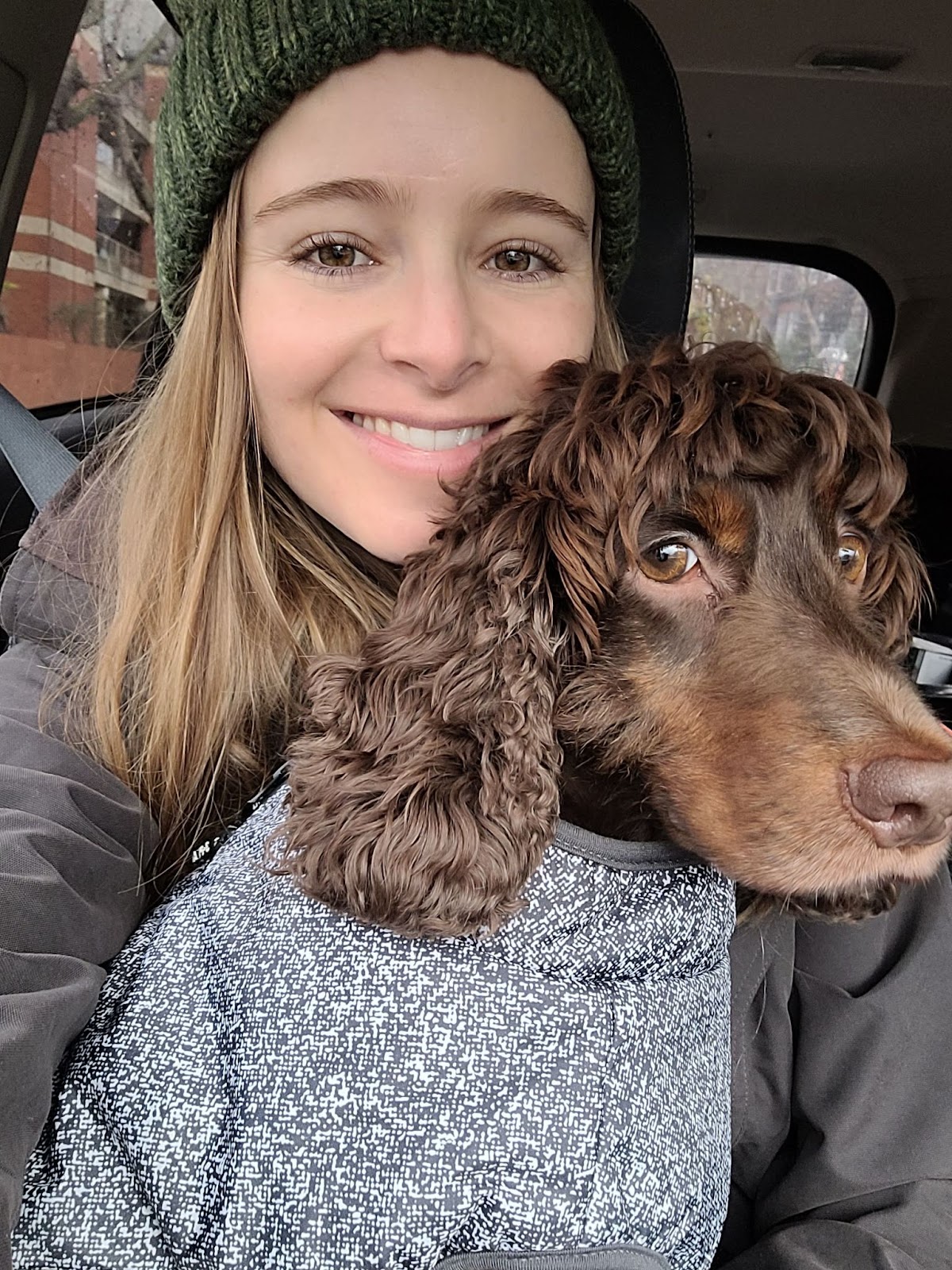 Jessica Tweed, 32, from Southfields in London, ran a whopping 21 half marathons in 2021 but the London Landmarks will be her second official race.

Jessica, who works as a graphic designer at the University of Westminster, started running distances during the first national lockdown and found that setting herself personal challenges helped her get through the difficult period.

She said: “During the third national lockdown at the beginning of 2021, I needed running more than ever, and that's when the 21 x 21 in 21 idea came to me. It was so hard some months! I had a knee injury in summer, and throughout the year I managed to catch several colds. The weather didn't always play ball on the days I wanted to run either. But in spite of it all, on the 31st of December 2021, I ran my 21st half for the year and it felt incredible and exhausting!

“I'd honestly never imagined myself as the kind of person who could achieve something like this. Of course, after that 21st half I immediately said to all my friends and family "Never. Again." but that lasted a week and then I decided that 22 is a fun number! This year I have runs planned on the 22nd of each month as well as nine back to back halfs in February, and one extra to make the 22. If that somehow wasn't enough, I think this is the year to try to get my first marathon under my belt. I believe you aim high, and even if you fail, there's so much to be gained from trying. I really want to push my running even further this year!” 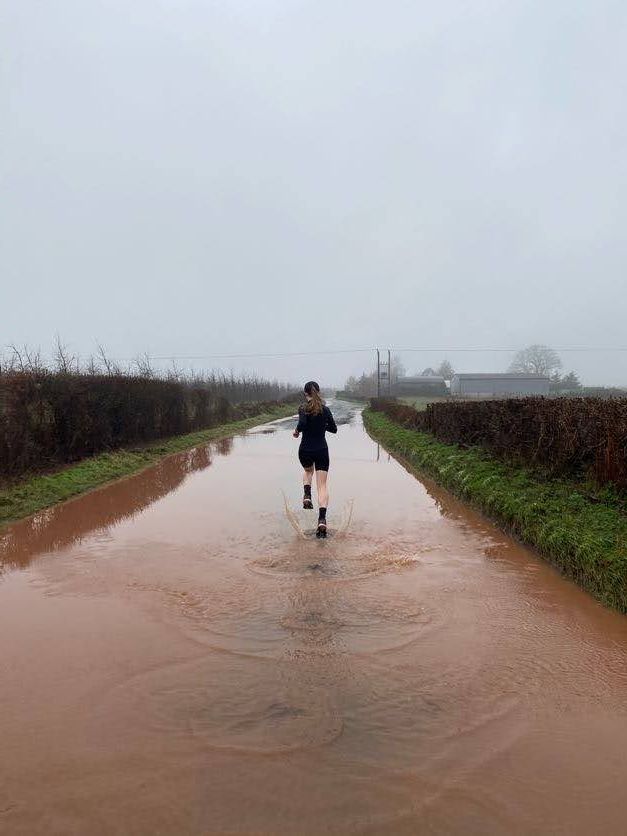 Jessica, who is originally from New Zealand, is also a huge animal lover and has raised money for the RSPCA in New Zealand previously.

She said: “One thing I love to do is run with my dog Ned. He comes on my shorter 7-12km recovery runs and we have a blast! We usually go up into Wimbledon Common and I let Ned off-leash so he'll run alongside me and then dive off into the forest to explore before finding me again. Pacing on these runs is impossible because we take lots of 'sniff breaks' and sprint to play with other dogs, but he's a fantastic running buddy and I think he'll be happy that running features heavily on the agenda for 2022! He'll be in the crowd watching me as a sup-paw-tor too!”

To support Jessica and donate to the RSPCA, visit: https://www.justgiving.com/fundraising/jessicakatetweed 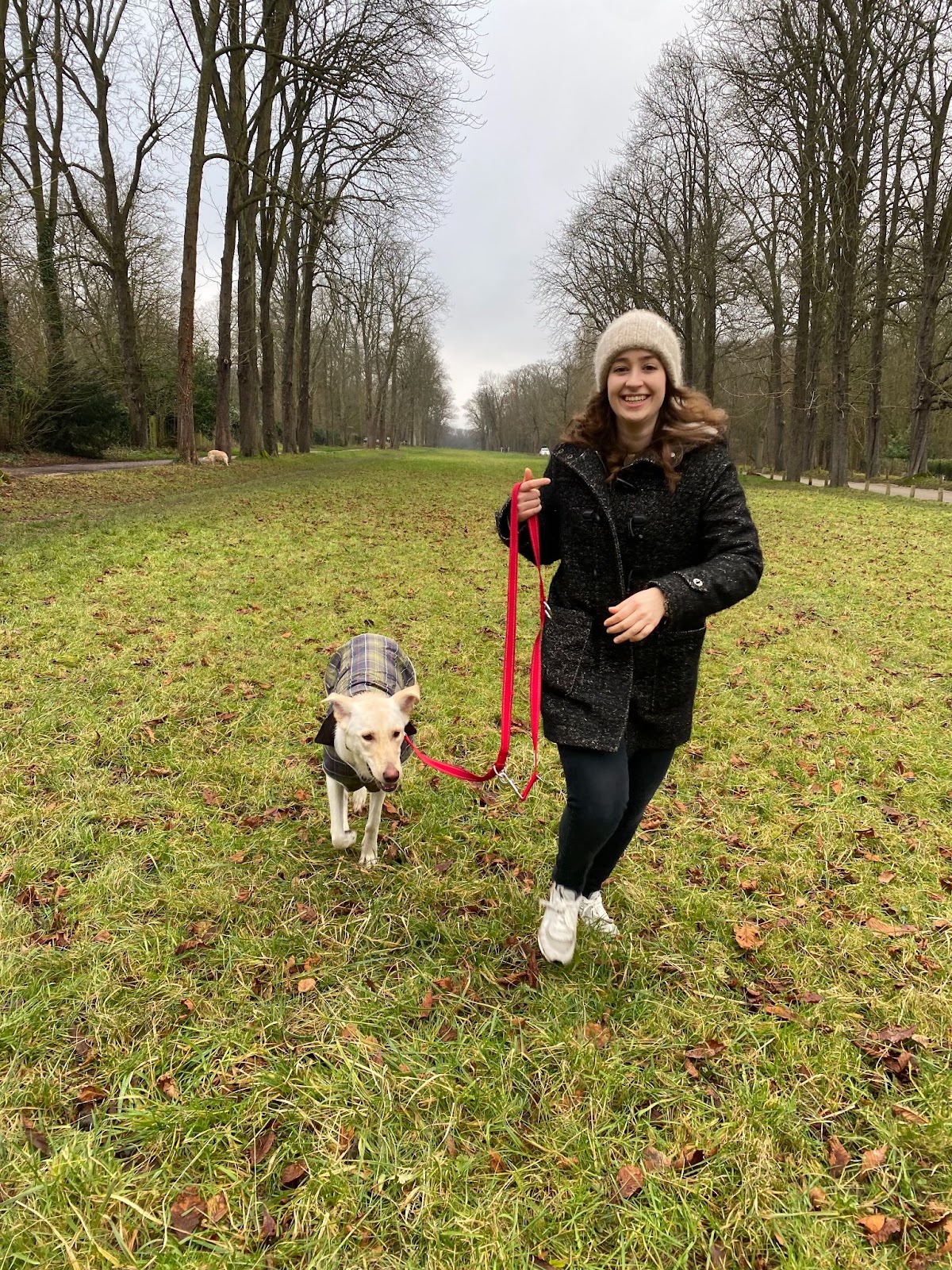 Joanna Remzi, 25, from London, decided to take on the London Landmarks challenge to push herself out of her comfort zone and encourage her to continue running after she found donning the running shoes so helpful during the lockdowns.

In 2016, she climbed Mt Kilimanjaro for a charity called Aids Orphan and this also really inspired her to not only take on more challenges but support charities close to her heart.

Joanna said: “With the lockdowns I felt like I needed to get myself out there and this was a good opportunity to do so. Having grown up with cats, dogs and horses there was no better charity to fundraise for than the RSPCA! My family also recently adopted a dog from Spain called Raclette after having lost our two dogs to old age during the lockdown so I was eager to give back and help raise funds for animals needing care and looking for a home.”

If you have been inspired to take on a running challenge for the RSPCA, visit:  https://www.rspca.org.uk/getinvolved/fundraise/running