A man from Chatham has been disqualified from keeping all animals for five years after neglecting his four cats - resulting in two of the cats sadly dying.

Isaac Fihosy (DOB: 06/11/1987), of High Street, Chatham, was found guilty of six offences following a trial and sentenced at Medway Magistrates’ Court on Thursday (2 December), after causing unnecessary suffering to his four cats.

RSPCA Inspector Deborah Rutherford investigated in August 2019 after receiving a call about a dead kitten and other cats with matted fur and visible bones at a property in Rosebery Road, Gillingham.

Fihosy explained to the RSPCA officer that he was a live-in landlord and alleged that his tenant had killed his kitten and so he had locked the other cats outside to protect them. On inspection of the property, Inspector Rutherford found two dog crates in the garden with bowls and an area with some cover. There were bricks on the top and there were no kittens inside. The litter trays were full of faeces. 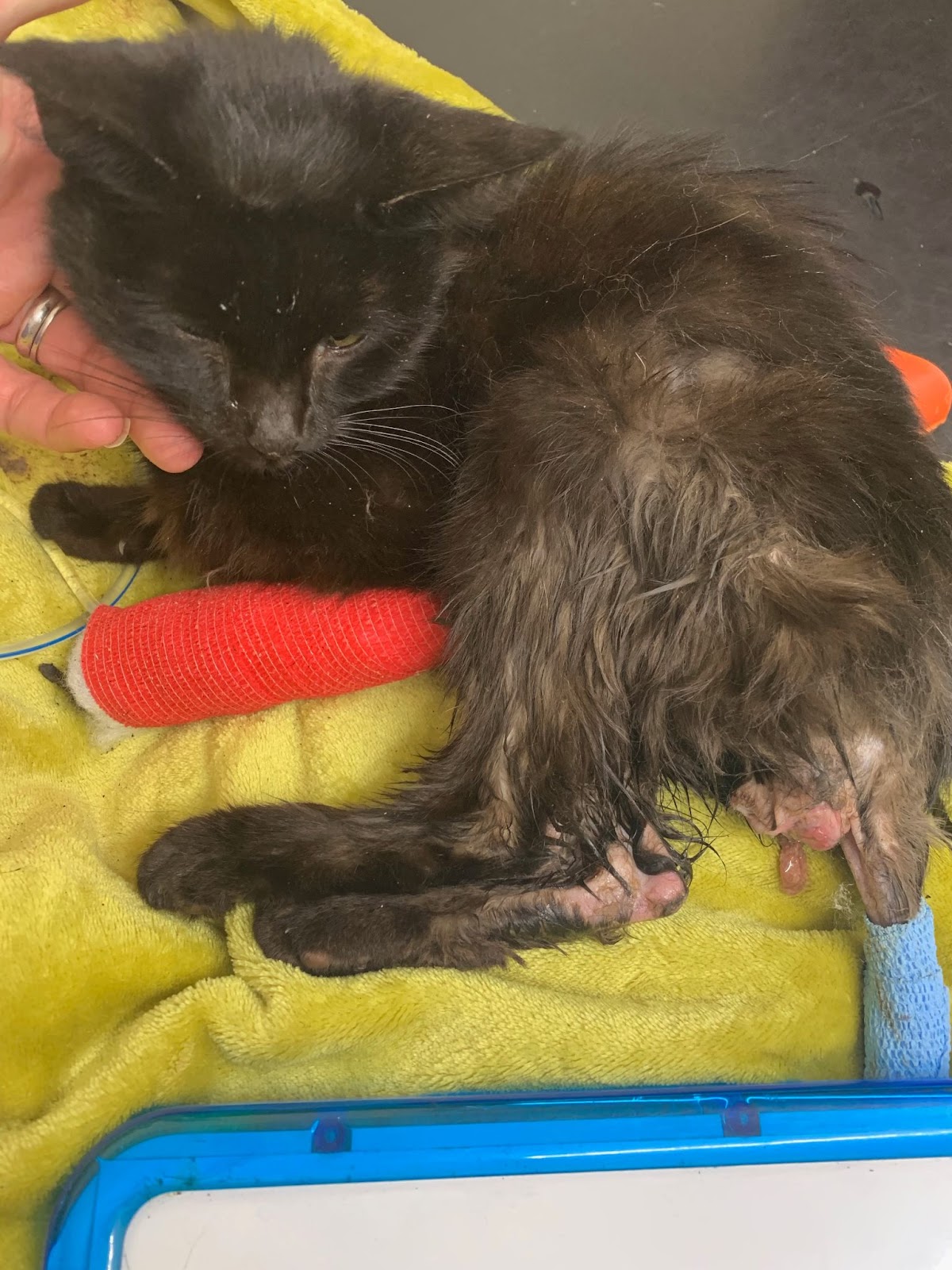 Inspector Rutherford said: “When I arrived at PDSA Gillingham they had one adult cat and one kitten belonging to Mr Fihosy. Sadly, they had to put one kitten to sleep due to an injury and maggot infestation. The adult cat still had chronic diarrhoea and a chronic prolapse which needed surgery. The PDSA said they struggled to get in touch with Fihosy as the surgery needed consent. It took four days to make contact.

“The adult cat, known by two names; Midnight and Bacon, had multiple chronic issues. She had a prolapse in her intestines which required surgery and looked in a terrible condition. Her weight was only 1.3kg when it should be 2.8kg. The scalding around her back end looked awful. Chandrika, who is Midnight’s male kitten, had a prolapse too and he weighed only 600g. Both cats had diarrhoea, fleas and possible worms. 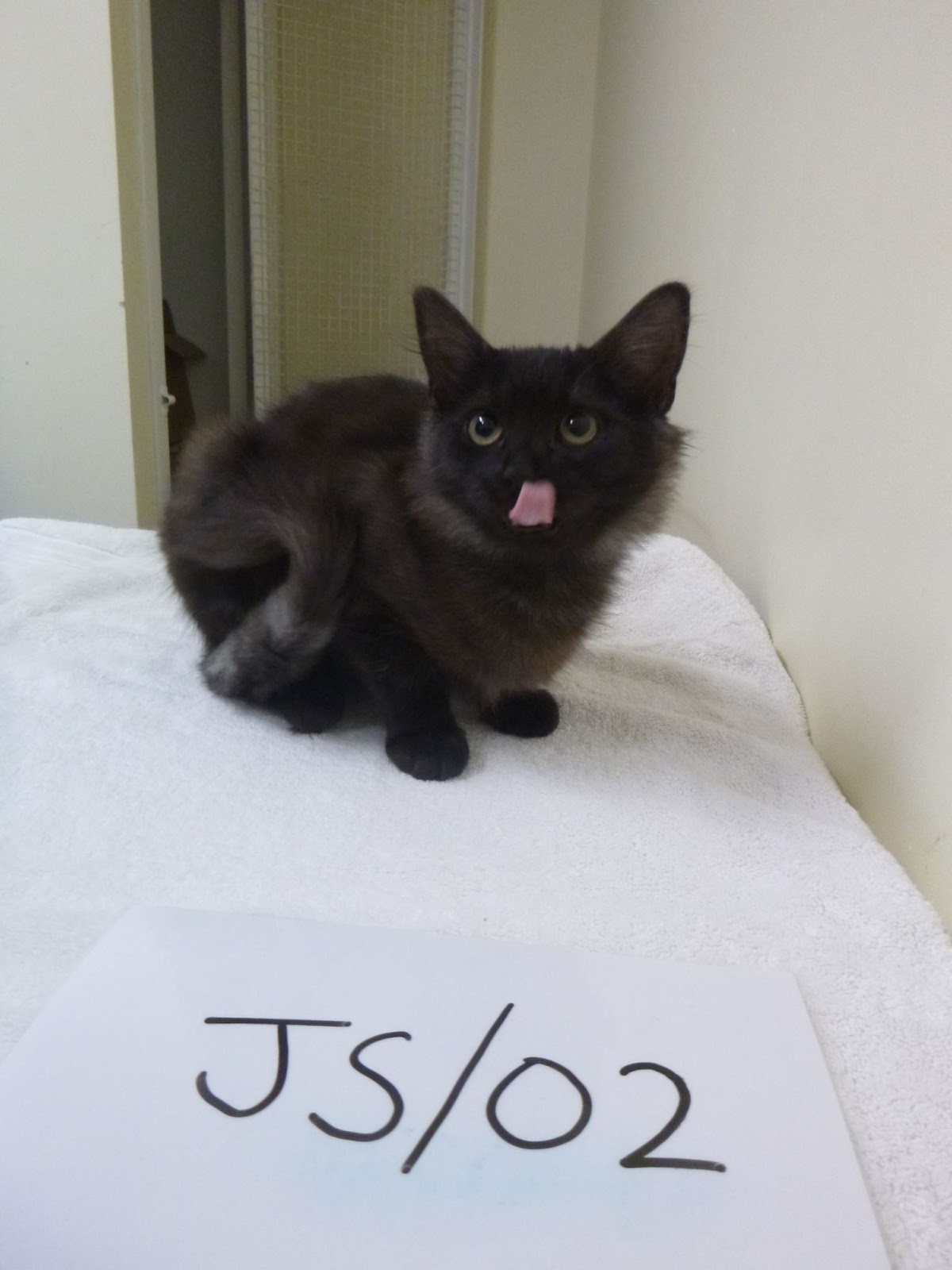 “I was shocked at the poor body condition of Midnight and the state of her fur. She was an adult cat but looked like a kitten, she was so small.”

The court heard how the vet report stated that all four cats would have suffered.

Midnight, the adult female black cat, was presented to PDSA by her owner for an examination on 8 August, 2019, having had kittens three months previously. She was reported to have lost weight recently, in particular over the past three days. She had diarrhoea and was covered in fleas. An examination revealed her to be quiet but alert and responsive and a skinny weight.

The four-month-old female tortoiseshell kitten was presented to vets two days later and was found to be very underweight and had a large area of skin and soft tissue missing from her rear end which was infested with maggots. She was in such a bad way that vets made the difficult decision to euthanise this kitten to end her suffering.

The second female tortoiseshell kitten was sadly found dead in her bed. A postmortem revealed that she was in an emaciated condition and with fleas.

Chandrika, a male black and grey kitten, was skinny, suffering from diarrhoea and was also covered in fleas.

Fihosy was sentenced to a community order of 12 months with 23 rehabilitation activity requirement days, as well as 150 hours of unpaid work. A deprivation order was granted for both of the cats, Midnight and Chandrika, subject to an appeal within 56 days, and he was disqualified from keeping all animals for five years.

The two surviving cats are currently still in RSPCA care.