When Joe and Zac were rescued they were so terrified they had to be carried into their kennels as they didn’t know how to walk on a lead.

A pair of big, fluffy Alaskan Malamutes are hoping to find their forever homes after spending 10 months in RSPCA care.

Six-year-old Joe and eight-year-old Zac were rescued in April 2021. They’d been living at a site in Wales as part of a pack of 20 dogs and RSPCA staff don’t believe that they’ve ever lived inside or with a family before.

The pair were taken in by the team at RSPCA Birmingham Animal Centre who spent time helping them get used to everyday things before starting to search for a special home for them.

Kennel supervisor Kelly Legg said: “Their coats were incredibly filthy and matted when they first came into us; we don’t believe they’d ever had a bath or been brushed. Both dogs were bewildered and confused. They were incredibly shut down and didn’t want to move; we had to carry them from the inspector’s van to their kennel because they had no idea how to walk on a lead and had never even seen a collar before!

“We spent weeks slowly introducing them to a new routine and taught them how to walk on a lead and that the outside world wasn’t so scary after all.”

Joe and Zac had a tough start and need a patient owner who can slowly help them adapt to life in a home.

Kelly added: “These gorgeous boys will need space and time to adjust. We believe they’ll do best in a ‘hands off’ home without young children and free of other pets. Someone with experience of the breed would be desirable too.

“Ideally we’d like them to go to a home with a large, secure garden as they love to run, play and chase each other which is really wonderful to watch.”

Weighing in at over 30kg each - plus a whole lot of floof - Joe and Zac are both big boys with big hearts. They are very close so need to be rehomed together and would like to go to a home with someone who will be with them, initially, for most of the day. 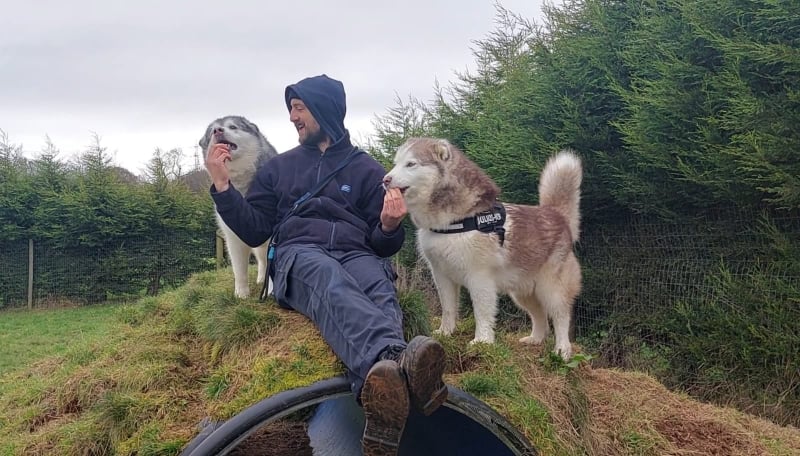 Find out more about Joe and Zac online or contact the Birmingham team on birmac@rspca.org.uk.

To help the RSPCA continue rescuing, rehabilitating and rehoming animals in desperate need of care, like Joe and Zac, please visit our website or call our donation line on 0300 123 8181.