Fat dog who weighed same as baby elephant sheds the pounds to find a new home!

A 10-year-old dog who weighed the same as a baby elephant has been branded ‘Slimmer of the year’ after shedding half his weight in just 12 months.


Alaskan malamute Trojan arrived in RSPCA care in November 2020 in a real state, weighing in at a shocking 101kg (the same as a baby elephant)!


Kennel supervisor Nicola Anthony, from Ashley Heath Animal Centre, in Dorset, which has been caring for him, said: “Poor Trojan was in a terrible way when he arrived here a year ago. He was dirty, matted and unbelievably obese. 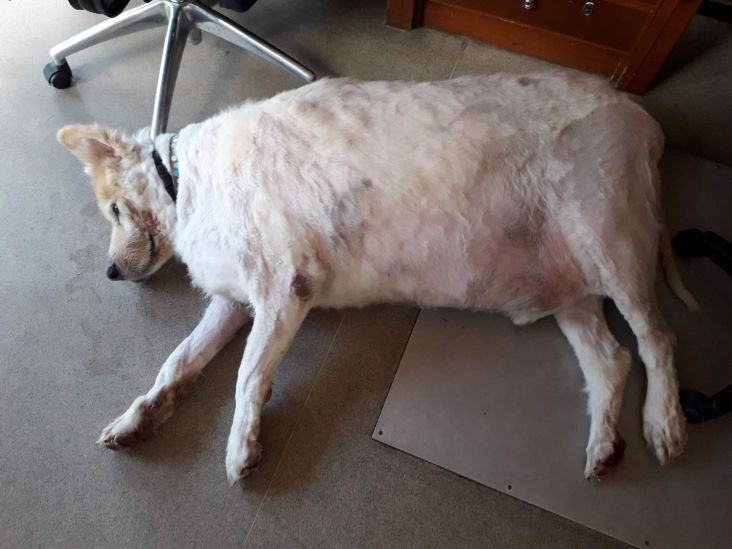 “It’s taken a year, a very special diet and an exercise regime to help him lose the weight slowly and safely; and he’s now almost half of his original weight. Thankfully, he hasn’t lost his big character!”


The lovable bear now weighs in at a much healthier 60.1kg and is feeling much better for it. But the senior pooch needs a home that can keep his previous health and age in mind when taking him on.


Nicola added: “Trojan is arthritic and has thyroid problems so will need ongoing treatment in his new home. These conditions won’t be covered by any insurance so his new owners will need to be prepared to cover these costs.


“Although he’s in his twilight years, don’t let that fool you; he has no intention of ‘retiring’ any time soon! He is still strong and likes to go for short walks, plod around the garden and have a good sniff! He gets on really well with other dogs but doesn’t like being jumped all over so he’s best around calm, respectful doggy friends. We think he’d be best as the only dog in his new home so he can have all of the attention and affection; and he really deserves it!”

Trojan is looking for a home where he’ll have good company, regular grooming and lots of belly rubs! He spends most of the day sleeping in the reception area at the centre but will soon let you know with his big bark if someone arrives or if it’s dinner time! 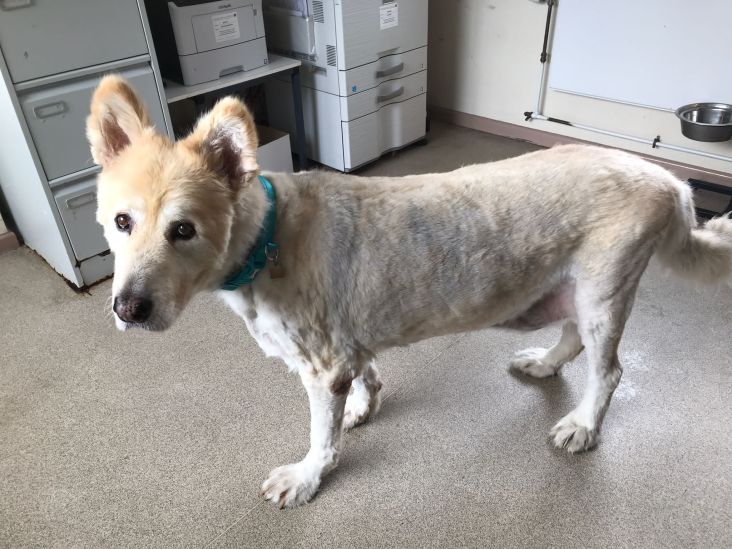 He’s looking for a home with someone who will be around for most of the day and, once he’s settled in his new home and routine, may be able to be left for short periods of time. He could live with older children and needs owners who will not over-fuss him.


Nicola added: “While the festive season may be a time to join together with family and friends, many animals, like Torjan, will be waiting patiently to find their new family in an RSPCA rescue centre. It will cost us £4,117 to run an animal centre for one day this winter so we’re asking animal lovers to Join the Rescue this Christmas to make sure animals get the care they need this winter.” 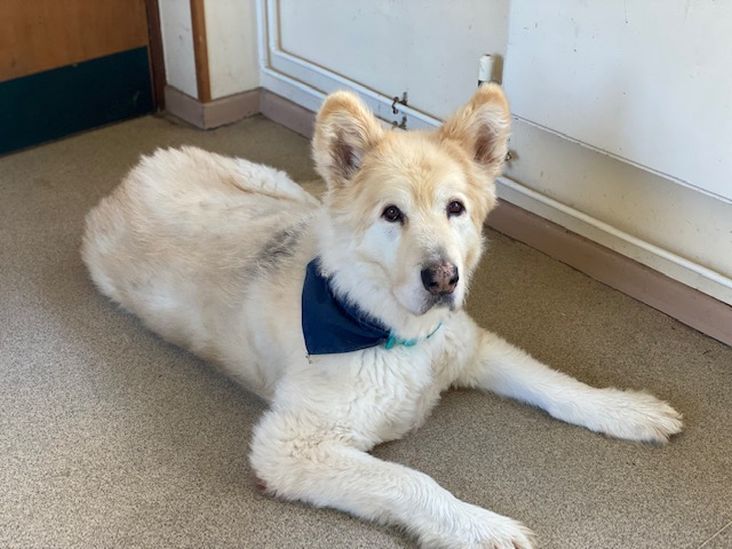 RSPCA chief veterinary officer Caroline Allen said: “Pet obesity is a serious welfare issue and recent studies have suggested that around half of all pet dogs are overweight. We are, quite literally, killing our pets with kindness. Obesity can affect all types of pets and the main causes are from eating too much or not exercising enough. As a rough guide (for cats and dogs), you should be able to see and feel the outline of their ribs without excess fat covering them. You should also be able to see and feel their waist and it should clearly ‘pinch in’ when you look down at them from above.


“Overweight pets can suffer from serious health problems such as heart disease and diabetes. Carrying more body weight can also increase the chances of pets suffering from conditions such as arthritis and can even shorten their life expectancy. If you’re worried about your pet’s weight, we’d recommend speaking to your vet before making any significant diet or lifestyle changes and ruling out any health conditions that may be affecting their weight.”


It’s really important to stick to healthy diets for dogs and not to overfeed or overtreat them, especially with Christmas approaching.


Find out more about Trojan online or contact Ashley Heath on ashleyheath@rspca.org.uk.


It will cost the RSPCA £1,250 to feed the animals in one rehoming centre this December so we’re asking supporters to Join the Christmas Rescue and help our animals by visiting www.rspca.org.uk/rescuexmas.