Two young kittens who suffered multiple fractured bones have now found happiness in their forever homes after being rescued and rehabilitated by the RSPCA. 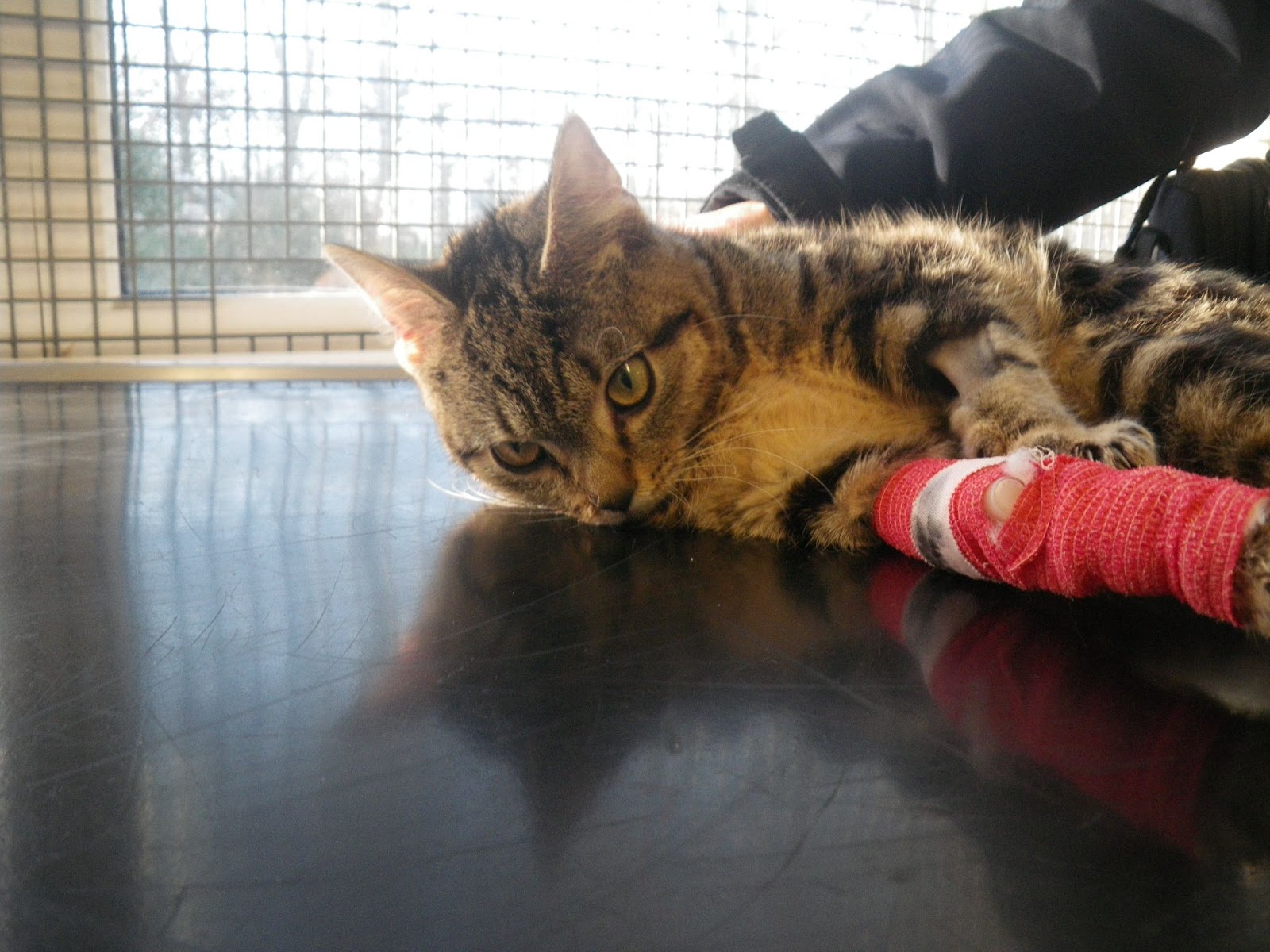 Smudge and Bean, a pair of seven-month-old tabby kittens, were rescued by the RSPCA after they had both been taken to the vets with severe injuries over a period of months and vets began to grow suspicious that the injuries were non-accidental.

Poor Smudge suffered several rib fractures of different ages, a canine fracture and the fracture of her right femur. She had obvious lameness and was struggling to move around at all.

It was estimated that her rib fractures were from two weeks to six weeks old and were all older than the fractured femur. A young cat’s ribs are flexible and therefore harder to break and so vets concluded that it would require a major blunt force trauma to have inflicted these injuries on the kitten.

Her brother Bean also suffered similar injuries and had also previously been presented to the Blue Cross with a head trauma, a broken tail, a left hind femoral fracture, three fractured ribs and a possible dislocated jaw.

As part of the charity’s Cancel Out Cruelty campaign, the RSPCA highlights that a staggering seven cats a day suffer at the hands of humans. Over the last six years (2016-2021), there were 16,212 incidents of deliberate cruelty towards cats reported to the animal welfare charity. In 2021 alone, there were 1,387 reports of intentional harm to cats and this peaked during the months of July and August.*

Thankfully - a couple of years later - and both cats are doing incredibly well despite their ordeal.

Smudge and Bean were both rehomed by the RSPCA York, Harrogate and District Branch who rehabilitated the kittens and helped them learn to trust people once more.

Smudge was rehomed to Alice and Nik Puleo in York and now lives with another feline friend, Milly. 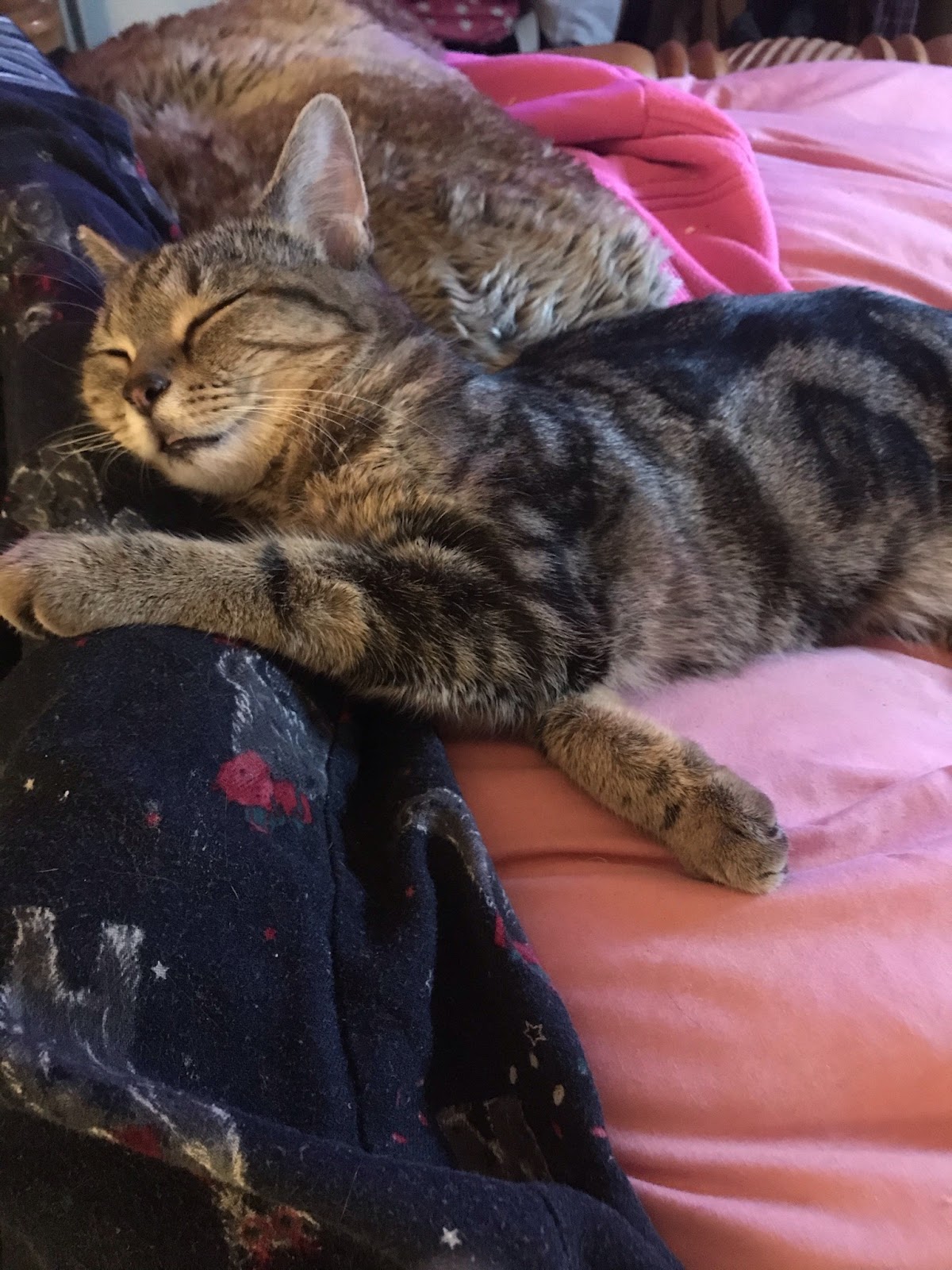 Alice said: “She is a lovely cat and has settled in so well with our other cat. She’s such a character! We are so grateful to the RSPCA and all the individuals who helped her throughout her rescue and treatment. She is so friendly and trusting, you really wouldn’t know she has been through such an ordeal and I’ve no doubt that this is due to the kind people who spent time with her throughout her rescue to regain her trust.

“She didn’t purr at all when we first adopted her, which we thought was understandable after having suffered broken ribs. However, now she purrs every day and it’s super loud! It’s amazing after everything she has been through, it just shows that animals are so forgiving.”

Alice and Nik, who rehomed her last year, explained that Smudge initially had some issues eating, after losing her canine tooth but the pair were able to find some food which she could eat more easily and they even roast a chicken twice a week to spoil both their cats. 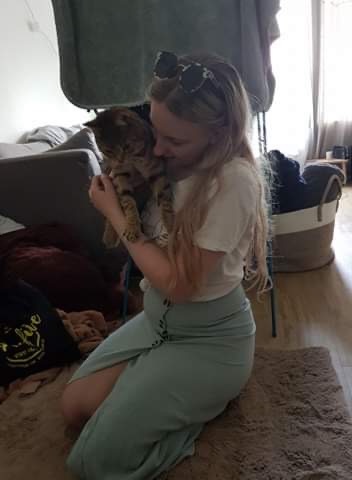 Alice added: “For a while we were worried that we wouldn’t be able to let her outside. She wouldn’t pay attention, or she’d get spooked and dart off too easily. It seemed like her kittenhood had been stolen from her which meant that she hadn't fully grown up yet but thankfully, she has settled now and grown up a bit and she’s started going outside and exploring.

Bean was rehomed to Jaime Chapman and Rhys Williams who live just outside of York in Acomb.

It has been one year since they adopted Bean and the much-loved cat has settled into the family very well.

Jaime said: “Bean is quite a character. He loves sitting on the windowsill watching the world go by and he even plays fetch like a dog! He likes to pretend he doesn’t need attention but then he follows you around the house and won’t leave you alone. He’s very bonded to us, especially his dad Rhys as he plays with him a lot and I get all the cuddles! 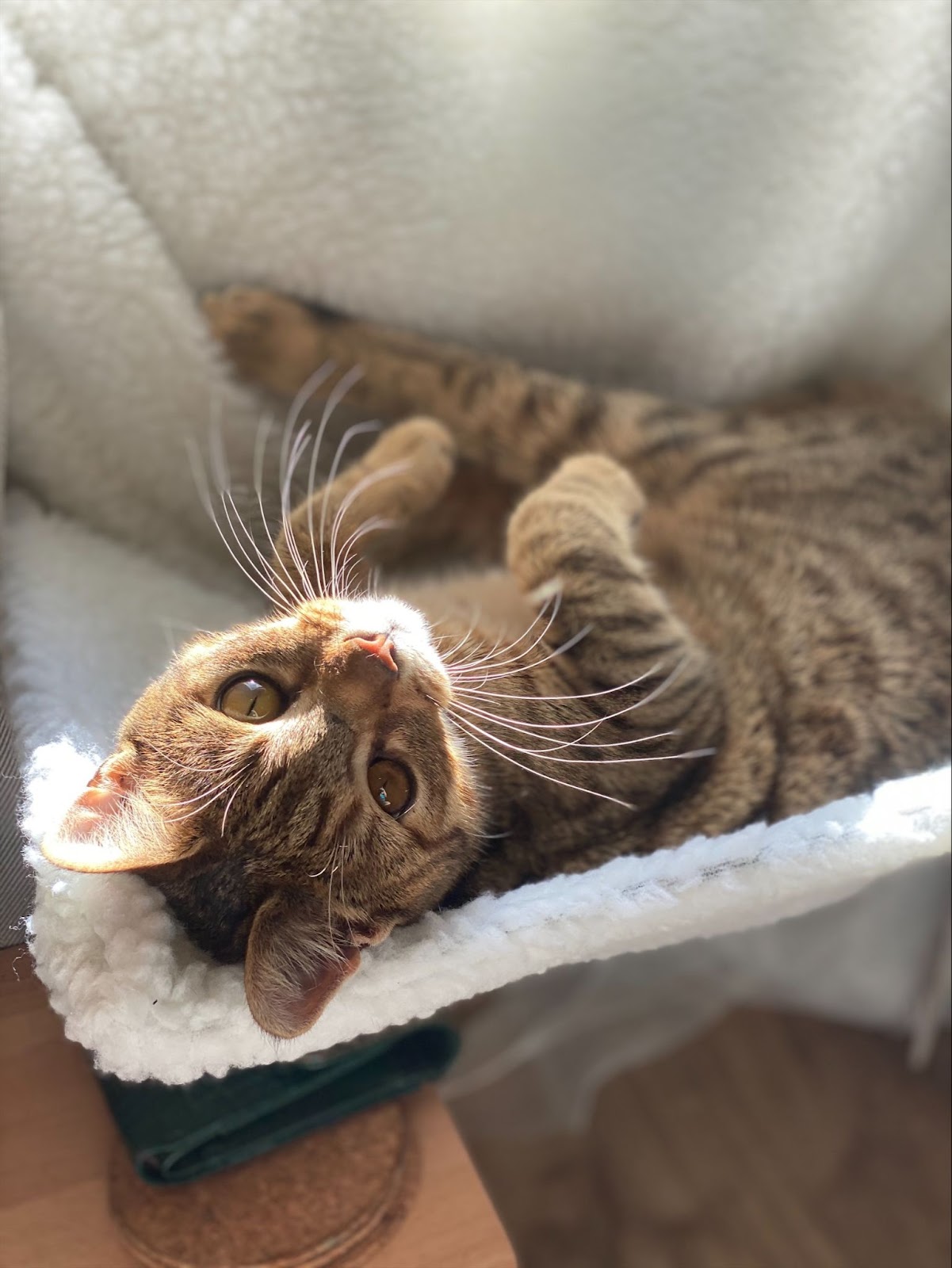 “I really do love him. I’ve had cats all my life but Bean was my first cat as an adult and I’m obsessed with him!”

Jaime explained that Bean is curious and mischievous and doesn’t let his injuries hold him back.

She added: “He really doesn’t let what happened to him affect him. You would think with his injuries that he wouldn’t be much of a climber and that his tail and leg injuries would have affected his balance. He can be a bit of a clutz and maybe not as agile as other cats I’ve had, but he doesn’t let it stop him. He loves climbing!

“Hearing what has happened to him is quite surprising knowing the cat we have now, I’m just super proud of him and his sister.”

Jaime also thought he may be shy around people but he is friendly with every person he meets and also likes other cats. Jaime will take Bean outside and he likes to have playdates with her neighbours’ cats.

Ruth McCabe, RSPCA York animal centre manager, said: “It’s fantastic to see Smudge and Bean so happy and settled in their forever homes now. After everything they have been through, it’s amazing to know they are both happy, friendly and healthy cats now.”

The RSPCA receives around 90,000 calls to its cruelty line every month involving all animals but in the summer (July and August) calls rise to 134,000 a month and reports of cruelty soar to 7,600 each month - a heartbreaking 245 every day.

The RSPCA’s rescue teams need support to stay out on the frontline as the only charity rescuing animals and investigating cruelty.

Our frontline teams are working hard to rescue animals in need this summer but we can't do it alone - we need your help to Cancel Out Cruelty. To help support the RSPCA, visit: www.rspca.org.uk/stopcruelty
Back to Blog
Use left/right arrows to navigate the slideshow or swipe left/right if using a mobile device