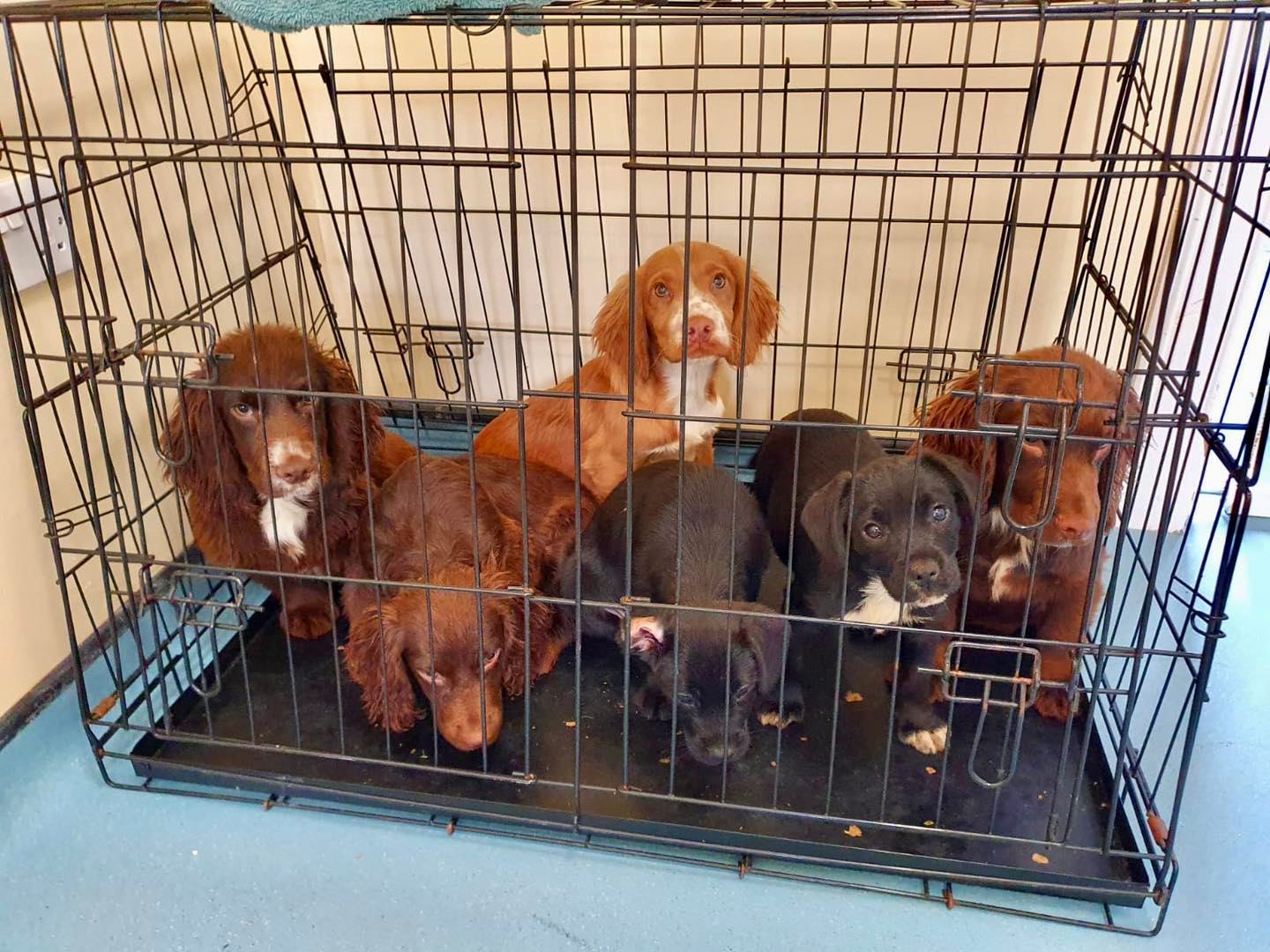 A puppy who was abandoned in a cage in the depths of winter has now joined the police to help fight crime.

Cocker spaniel Chester was rescued by the RSPCA after being brought into the charity’s Canterbury & District Branch, in Hersden, by a member of the public on 4 January 2022. He said he’d found six puppies - four cocker spaniels and two terrier crossbreeds - dumped in the metal crate on a grass verge in Hersden, near Canterbury.

The RSPCA launched an investigation while the four-month-old pups were moved into foster homes. 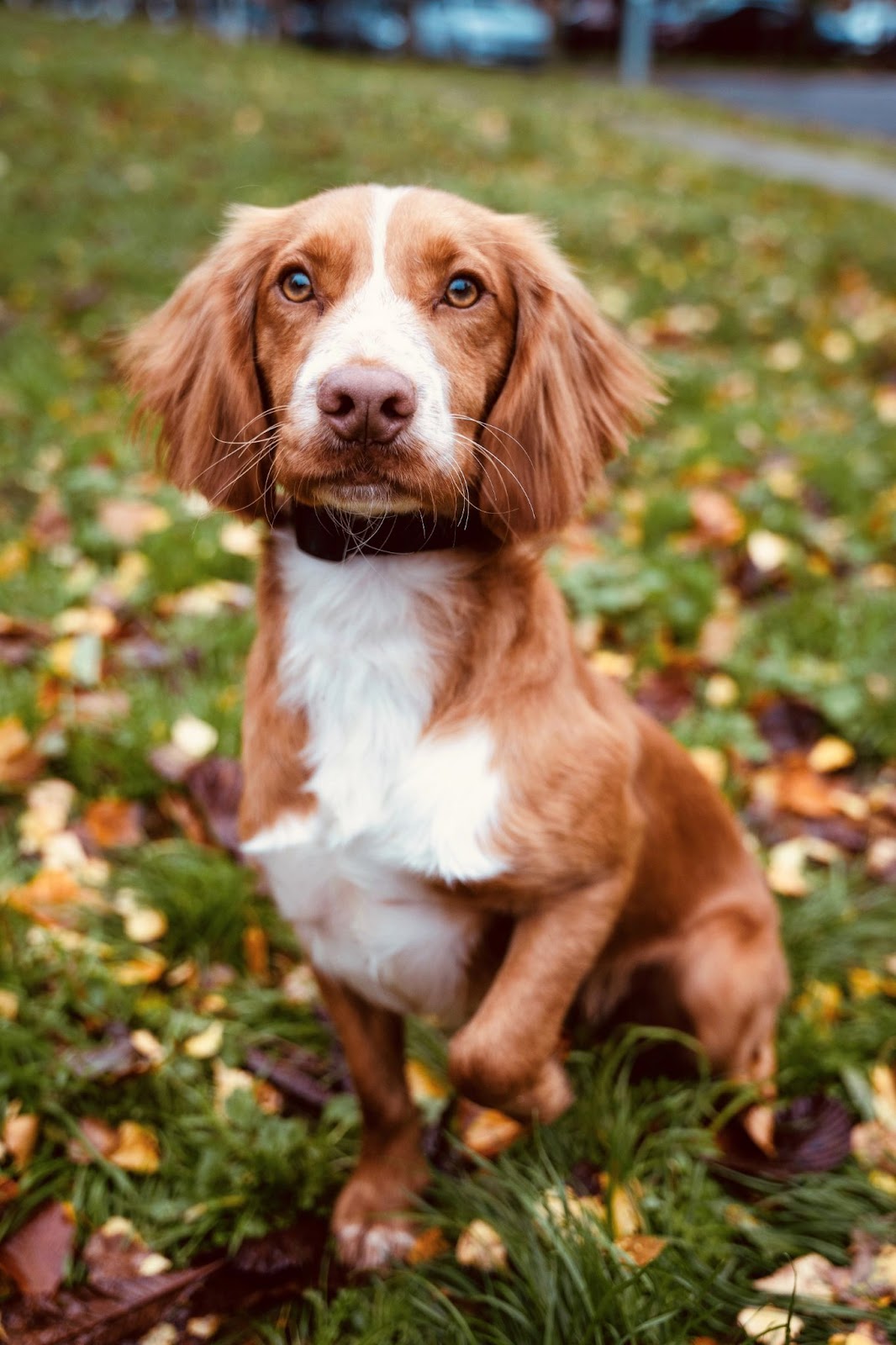 Sarah Piggott, who works for the RSPCA and volunteers as a fosterer, took in Chester. She said: “After just a few days with Chester it became apparent that he had huge energy levels that no amount of walking or enrichment seemed to exhaust. I realised he had a real drive for searching and sniffing things out when he’d easily find other dogs’ lost tennis balls on walks and kept bringing them to me!

“I started hiding tennis balls and sending him to find them; he’d play for hours! He wouldn’t give up until he found it, and never wanted to go home.”

Tara Luxford, from RSPCA Canterbury, adopted Chester’s brother, Bertie. She said: “I remember one day we were walking them together and Bertie had lost his new toy in a bush and we couldn’t reach it. We told Chester to ‘find it’ and he went straight into the bush and got it back for Bertie; he was always destined to be a sniffer dog!”

Chester met a number of potential adopters* who all decided he had too much energy for them.

Sarah added: “I was tempted to keep Chester as we’d grown really attached to him but I wanted him to have the best life possible and I knew his dream would be a home where he could search and sniff all day. I contacted a number of different working dog agencies and felt the police were the best fit for him. 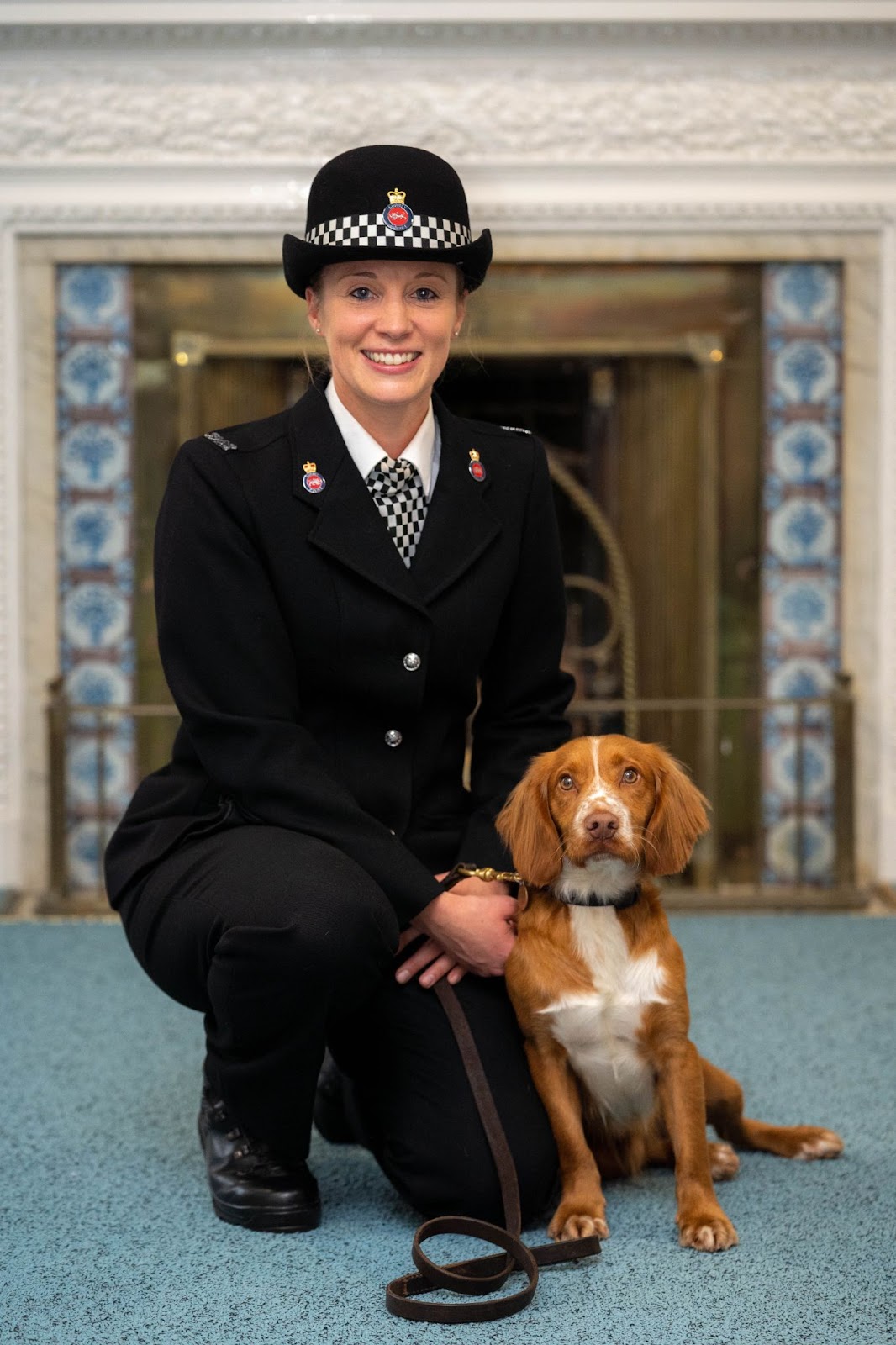 “Chester had an initial assessment with the police and they were impressed with his drive, energy and concentration, despite the fact he’d had such a bad start in life and had missed out on months of training that other police dogs had already had by his age.”

In March 2022, Chester was taken in by Surrey Police to begin the process of becoming a sniffer dog. He spent months with a special foster family and was then matched with his handler to complete the final stage of his training.

Sarah added: “Chester has done really well and caught up to the other puppies who were bred to be sniffer dogs and started their training before him. I’m so proud of him and I’m thrilled that he’s found a home where he can do what he loves every day while being well looked after.”

On 26 October PD Chester was licensed as a police sniffer dog. He celebrated at a ceremony on Thursday (3 November) at Surrey Police HQ following the six-week intensive training course. PD Chester and his handler, PC Kim Hackett, will now be deployed across Surrey and Sussex to support the police.

Surrey Police operational and dog school manager Geoff Wiltshire said: “Chester has been amazing since he arrived with us. He has gone from strength to strength and has done really well to pass his digital detection course.

“Our standards are very high and he has proven himself to have all the necessary qualities to succeed in this important role. His handler, Kim, has a great bond with him and we look forward to seeing some operational results from this new team.”

To help the RSPCA continue rescuing, rehabilitating and giving animals like Chester a second chance at life, please visit our website or call our donation line on 0300 123 8181.