Wales is the only nation in Great Britain displaying the messages.

Wales is to remain the only nation in Great Britain displaying warning messages to motorists about the dangers of leaving dogs in a hot car - in a move branded "great news for canine companions". 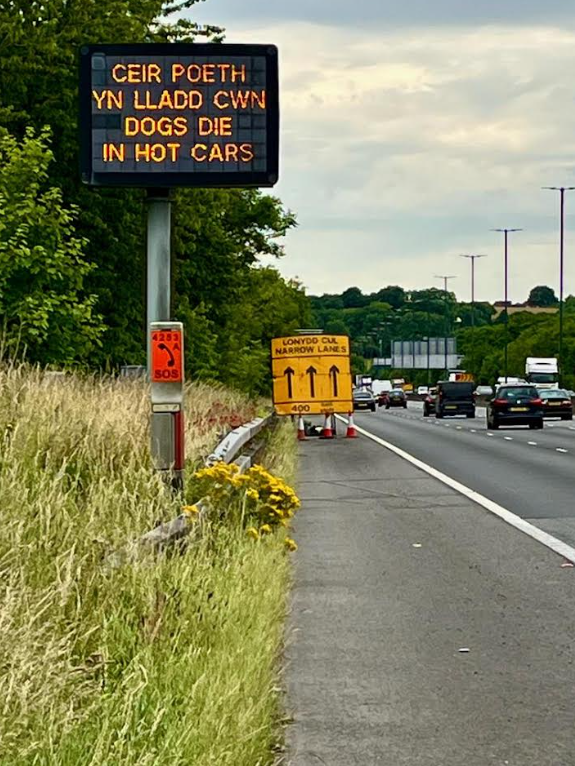 The Welsh Government confirmed the news in a letter to RSPCA Cymru, who have led the campaign on the issue.

Lee Waters, the Welsh Government’s Deputy Minister for Climate Change, confirmed in the letter that messages will "continue to be shown on the Variable Message Signs at appropriate times during periods of high temperatures".

With all lockdown restrictions now over in Wales, the RSPCA fears the return of more regular day-trips and holidays over the summer could see more dogs left in cars during hot weather - with the outcome potentially fatal for pets.

Dogs left alone in a car on a hot day can quickly become dehydrated, develop heatstroke or even die - but, sadly, calls to the RSPCA and Police about the issue remain commonplace.

One RSPCA staff member put the rising temperatures to the test - and saw the heat climb from 23.3°C to more than 57°C degrees in only 26 minutes.

"With normality returning to people's lives this summer in Wales, it's more important than ever that we spread the word - dogs die in hot cars.

“Up to 30 million Brits are expected to holiday in the UK in 2022, and many of us will be taking our four-legged friends along - so these reminders will be vital.

"Awareness raising measures like this from the Welsh Government will help save the lives of dogs.

“We welcome any steps to remind motorists that - not long is too long when a dog is left in a car. Even a quick stop-off at a shop could prove fatal as temperatures escalate.

"If anyone sees a dog in distress in a hot car, they should dial 999 immediately - but we hope, each year, more and more people will get the message about not exposing their dogs to the potentially fatal heat.

"We continue to urge Highways England to follow suit - so drivers in England get the same life-saving reminders for dogs when journeying on the motorway and trunk road network there; just like is happening across Wales again in 2022."

The Deputy Minister for Climate Change with responsibility for Transport, Lee Waters said: “Leaving dogs in vehicles on hot summer days is a major animal welfare concern and a message that sometimes people forget, therefore I am very pleased to offer our continued support for this important campaign on our roads.”

RSPCA Cymru has been joined in their campaign by Senedd member Jayne Bryant, who also shared her delight at Wales' continued commitment to spreading this key animal welfare message.

The Newport West MS said: "I'm really pleased that the Welsh Government has again committed to display warning messages to motorists across the main roads in Wales, reminding owners of the risks of leaving their pets in cars during the summer months, and during times of particularly hot weather.

“The danger of leaving dogs in a hot car, even for a short period, can be fatal. I will continue to work with the Welsh Government to ensure that we’re doing all we can to protect animals from suffering, through no fault of their own.” 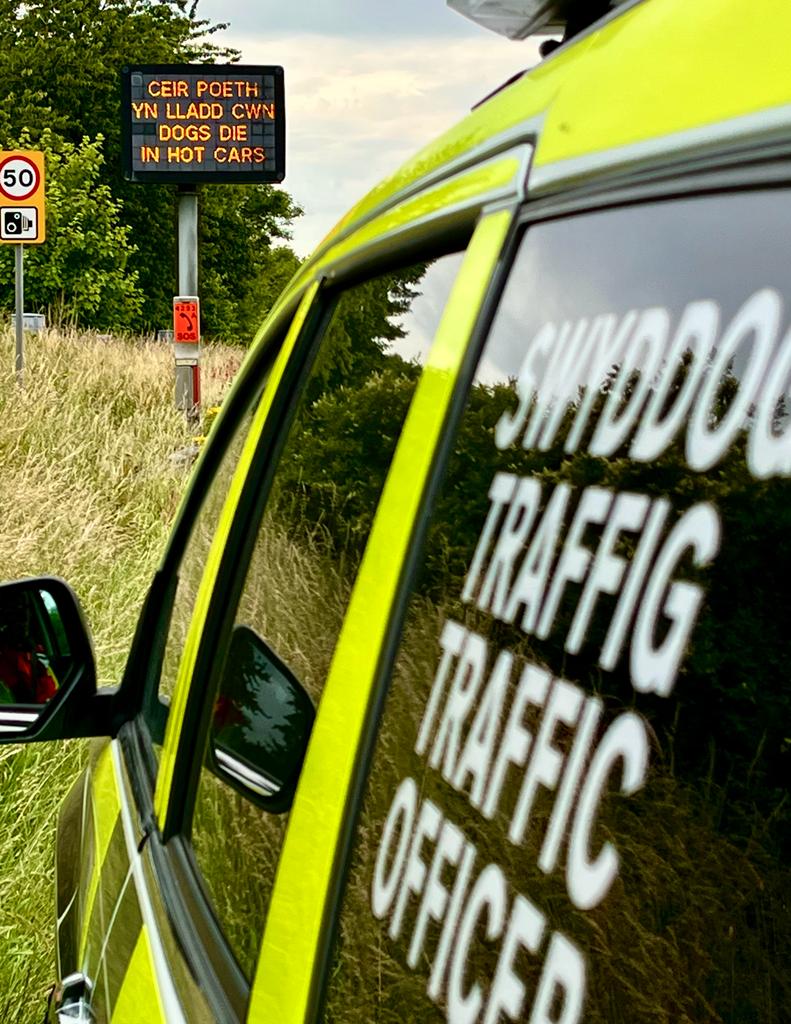 More information on the dangers of leaving a dog in a hot car can be found online.