A nervous stray cat who was rescued after he was found with a nasty abscess on his face is now looking to find his fur-ever home.

Harry came into the care of the RSPCA Great Ayton Animal Centre in Middlesbrough in January after being rescued by Animal Rescue Officer (ARO) Shane Lynn. He was found with a nasty abscess on his face which needed veterinary treatment.

He had been living as a stray cat and was quite well known in the area, so much so that when the RSPCA came to rescue him, a group of local children came to see him and wave him goodbye.

When he first arrived in RSPCA care, he was very scared of people and would not let anybody near him. 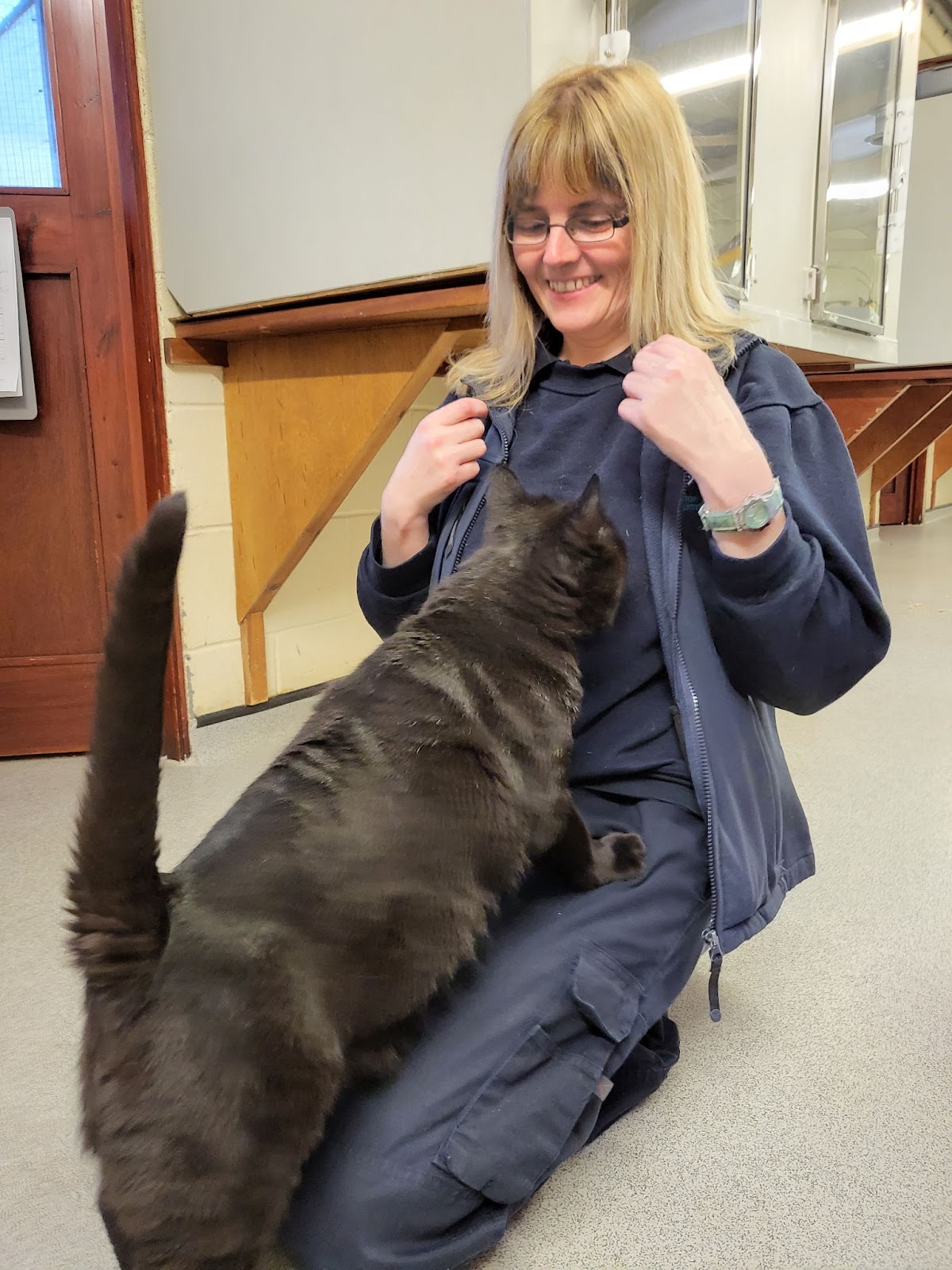 After his abscess was cleaned and he was given pain relief and antibiotics, as well as lots of TLC, the staff began to work with Harry to help improve his socialisation. Cattery Supervisor Bev Dunn worked hard to become his friend by slowly offering him food and treats, using catnip and enrichment to build a bond with Harry and create a positive experience for him while he was in the cattery. Before long, Harry would even sit on Bev’s lap.

Bev (pictured left with Harry), said: “Harry is a special cat who requires a very special home. He will need a home with lots of outdoor space where he is free to come and go as he pleases. He will also need a patient and caring owner who will let him settle in at his own pace. It may take a while for Harry to learn to trust people before he will let them handle him too much. 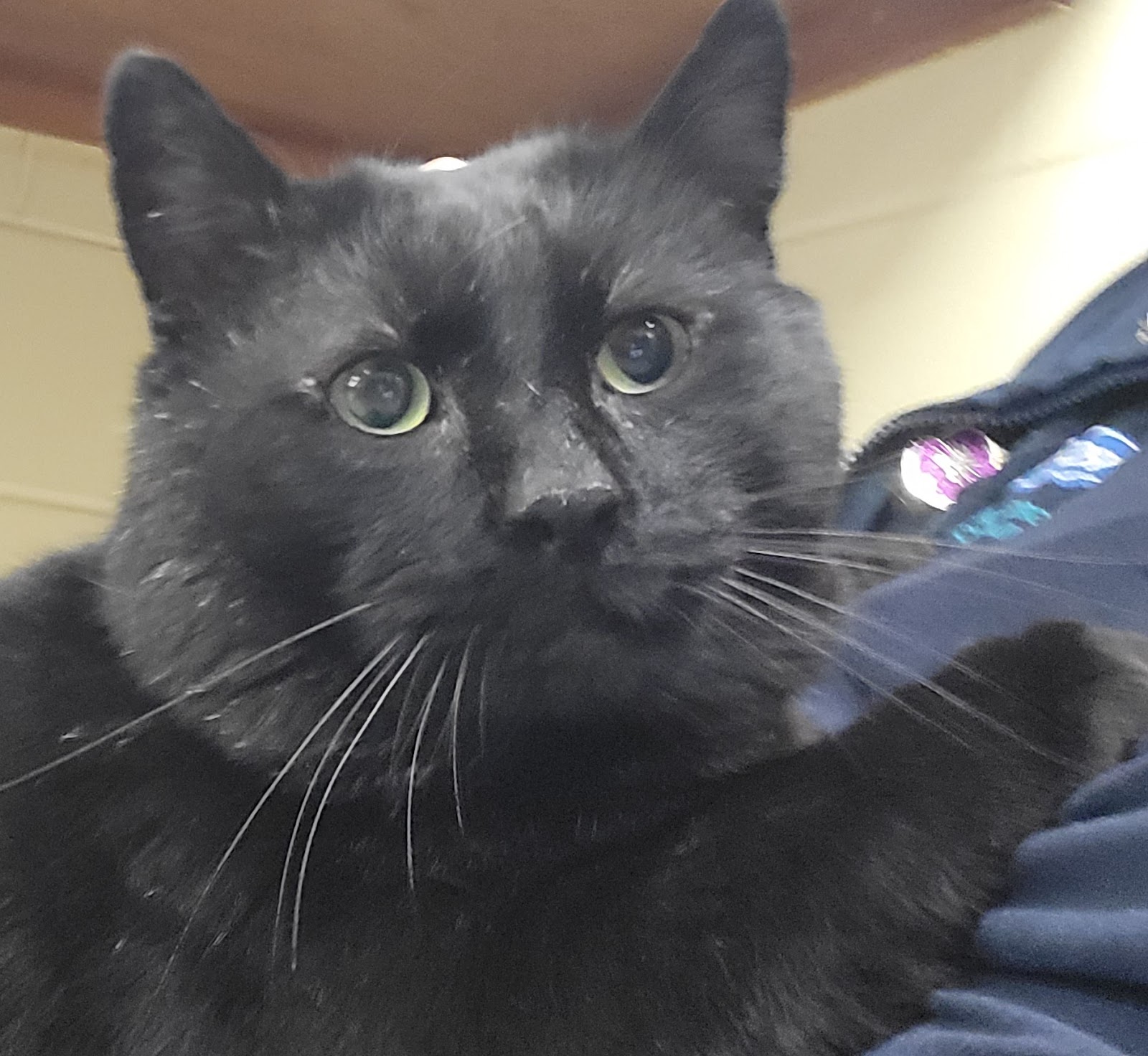 “It’s important that you don’t pick Harry up and that you let him come to you. It can be highly alarming for a cat to suddenly be picked up, and Harry certainly doesn't like it. Once on your lap however he purrs like a motor.

“He was so scared and nervous around people when he first came to us and he is doing really well at the centre now so we’re sure once he has a place to call home, he will be much happier.

“He is such a sweet boy but will need an ongoing gentle and considered approach from his new owners so we’re looking for a special person who can give Harry the second chance he deserves.”

If you can give Harry his forever home, please contact the RSPCA Great Ayton Animal Centre on greatayton@rspca.org.uk or 0300 123 0743