A skinny puppy which the RSPCA believes was abandoned after becoming an unwanted lockdown pet is now enjoying life in her new forever home in Lincoln.


The female Staffordshire Bull terrier-cross, now called Pogo due to her lively nature, was found abandoned in a cage outside a house in Almond Street, Balby, near Doncaster, on November 11 last year.


A member of the public reported the matter to the RSPCA and the severely underweight and frightened pup was taken for urgent veterinary treatment. The vet believed she would not have survived if she had been left much longer - as she had no muscle mass and was struggling to stand.


Pogo was taken into the care of the Sheffield and District branch of the RSPCA, where she was rehabilitated and was given the best Christmas present she could have dreamed of - a loving forever home. 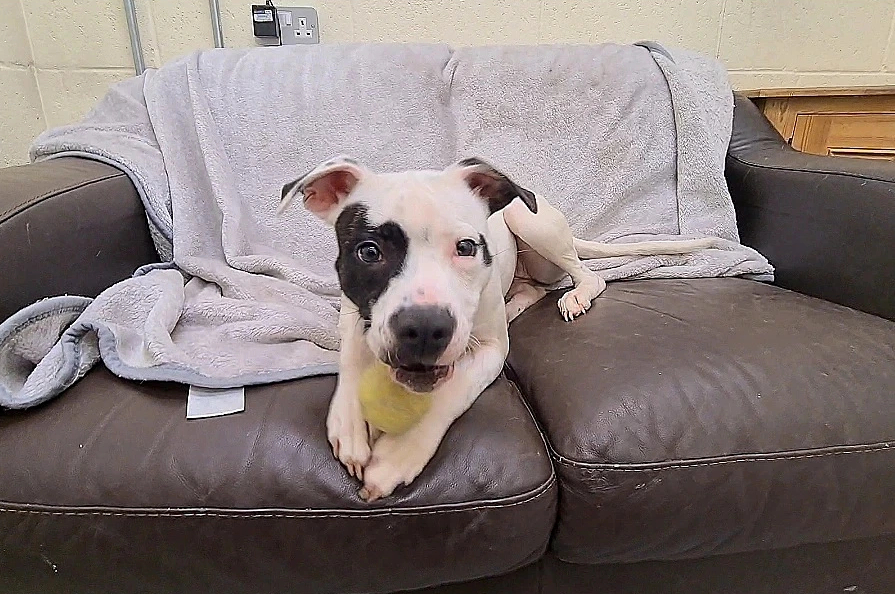 Rachel Belcher (34), a public health worker who lives in Gainsborough Road, Lincoln, was on the look-out to adopt a Staffordshire Bull Terrier dog after her previous pet passed away. When she saw a picture of Pogo playing with a ball on a settee her mind was made up (pictured).


She said: “I was looking at adopting and the photo of her looking so happy and playful with a ball made me think she was a fun-loving dog who would be perfect for me. 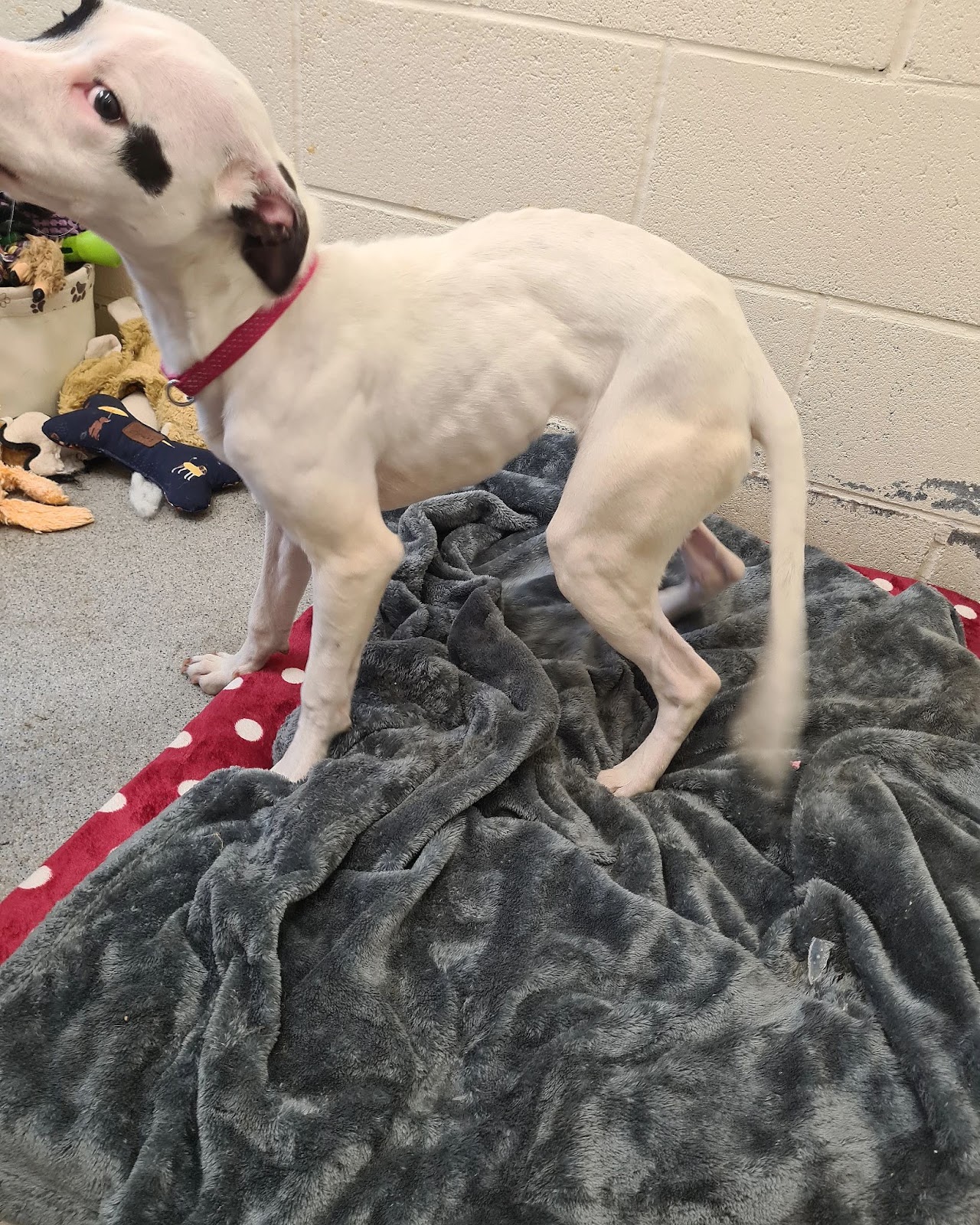 “Staff at the centre had called her Coco but with the help of my five year-old nephew we changed it to Pogo as she is always jumping around like a Pogo stick.


“She was fantastic at Christmas and enjoyed playing with the wrapping paper and is really enjoying her long walks, her cuddles, playing and all the attention she gets.”


Pogo loves playing football with Rachel’s nephew, Jacob aged 5 (pictured above) in the garden of her home and enjoys spending time with her parents Andrew and Angela Belcher - who look after her when Rachel is at work.


Hayley Crooks, animal lead at the Sheffield branch of the RSPCA, said: “We are delighted to hear Pogo has fallen on her paws and is loving life in a new home. It was fantastic news that she was in her new home in time for Christmas - it was the best present she could have wished for.


“We had to help her build up her weight and put her on a special strict diet of four meals a day to help build her up.  We also gave her an exercise plan of multiple small walks a day so as to not overdo what her little body was capable of; and to build some muscle in order to support her puppy bones.


“Just 14 days later she’d gained almost 3kg of healthy weight. She was fantastic in our care -  a true Staffy and has big sloppy kisses and a wiggly bum for everyone she meets!”


The RSPCA believe Pogo was a lockdown puppy, bought at the start of the pandemic and abandoned when her owners realised they couldn't take care of her.


The charity launched its Winter Appeal to keep its rescue teams out on the road 365 days a year saving animals like Pogo from abandonment, neglect and abuse. 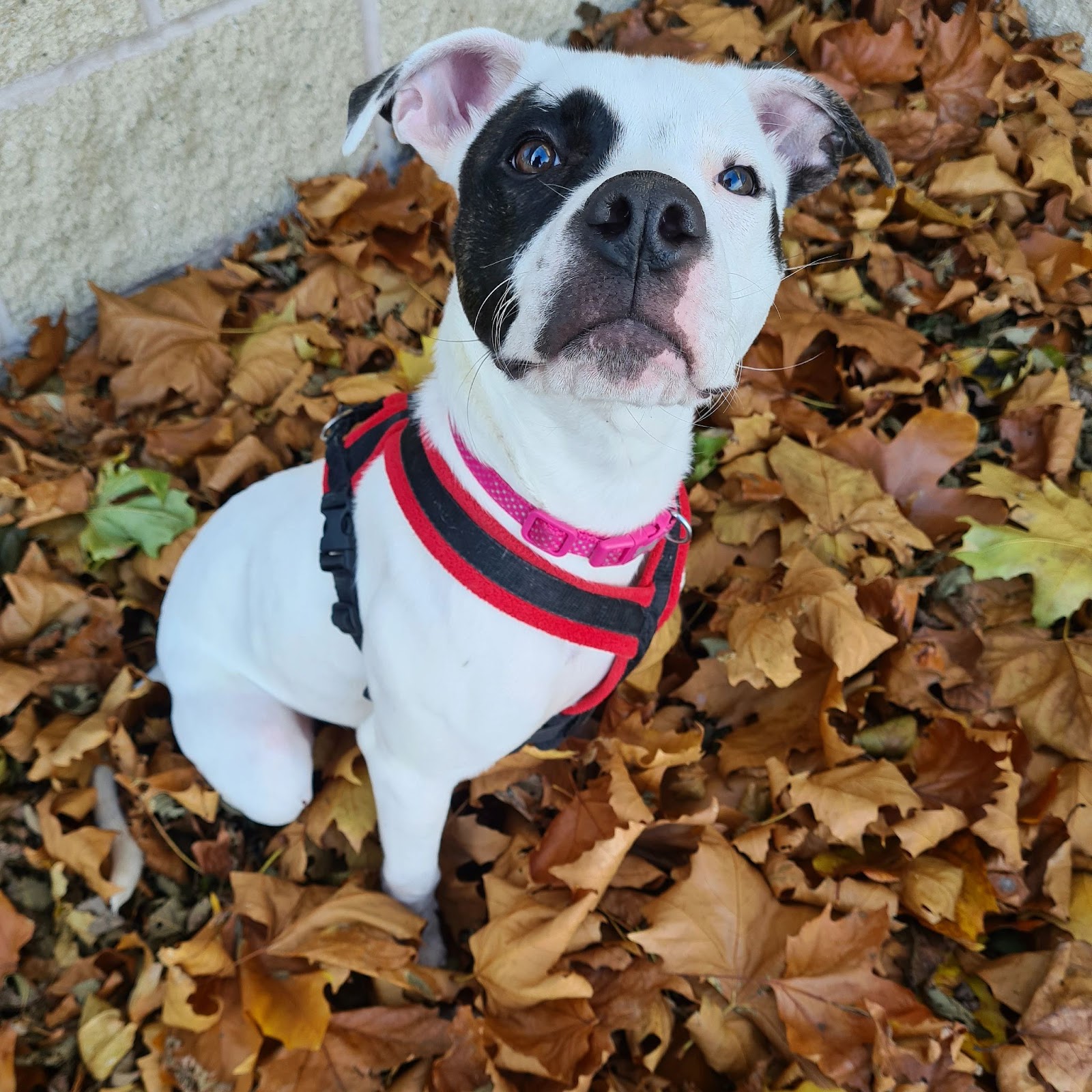 Dermot Murphy, Chief Inspectorate Officer, said: “The RSPCA is the only charity with rescue teams out saving all types of neglected and abandoned animals across England and Wales this winter.

“It will cost the RSPCA £1,250 to feed the animals in one rehoming centre this December so we’re asking supporters to Join the Christmas Rescue and help our animals by visiting www.rspca.org.uk/rescuexmas.


“The RSPCA are still appealing for information to help find the person who dumped Coco, now Pogo, alone in a cage and anyone who can help should call the RSPCA appeals line on 0300 123 8018."