Staffie overlooked by adopters for 10 months disguises herself as Dalmatian in bid to find forever home!

Overlooked Staffie disguises herself as Dalmatian to find forever home

Alaska has been waiting almost a year for a new family to love her.

A Staffie-cross who has been waiting almost a year to find a forever home has taken matters into her own paws; by disguising herself as a Dalmatian in the hopes of winning over a new family.

A spokesperson from the branch said: “Alaska and her friends had lived most of their lives in difficult conditions, living in rusty old dog crates. They were underweight and poorly fed, never walked, rarely saw the outside world, and had limited contact with people. Despite everything they’d been through, all three dogs were friendly and affectionate with everyone they met.

“Alaska had lumps on her body that were all removed. One was found to be cancerous but it was successfully removed and, thankfully, there’s no sign that the cancer had spread. After treatment for her health, Alaska went up for rehoming in July. Her friends were both rehomed but she’s still waiting, and we simply can’t understand why.

“She is a friendly, sweet, sociable girl who absolutely loves spending time with people. She’s incredibly smart and picks up new things quickly. She loves to sniff for treats and learn new tricks. She walks nicely on the lead but can be reactive with other dogs so would like a new home where she can enjoy walks in quiet areas.”

Alaska is looking for a foster home or a forever home in a quiet, calm, adult-only household without other pets. She’d like a secure, enclosed garden (she’s great at jumping!) where she can play. She’d like calm, patient owners who can slowly teach her how to settle into a new routine and people who have lots of time to spend with her.

Alaska would benefit from additional training as she can be boisterous and get over-excited at times. The branch behaviourist will be on hand to help new adopters with this.

“Unfortunately Alaska suffers from chronic gut disease which has caused some bouts of illness and meant she’s struggled to put on weight,” the spokesperson added. “She has a specialist diet and medication which has helped and we’re confident this will improve once she’s out of the kennel environment, which she finds incredibly stressful. 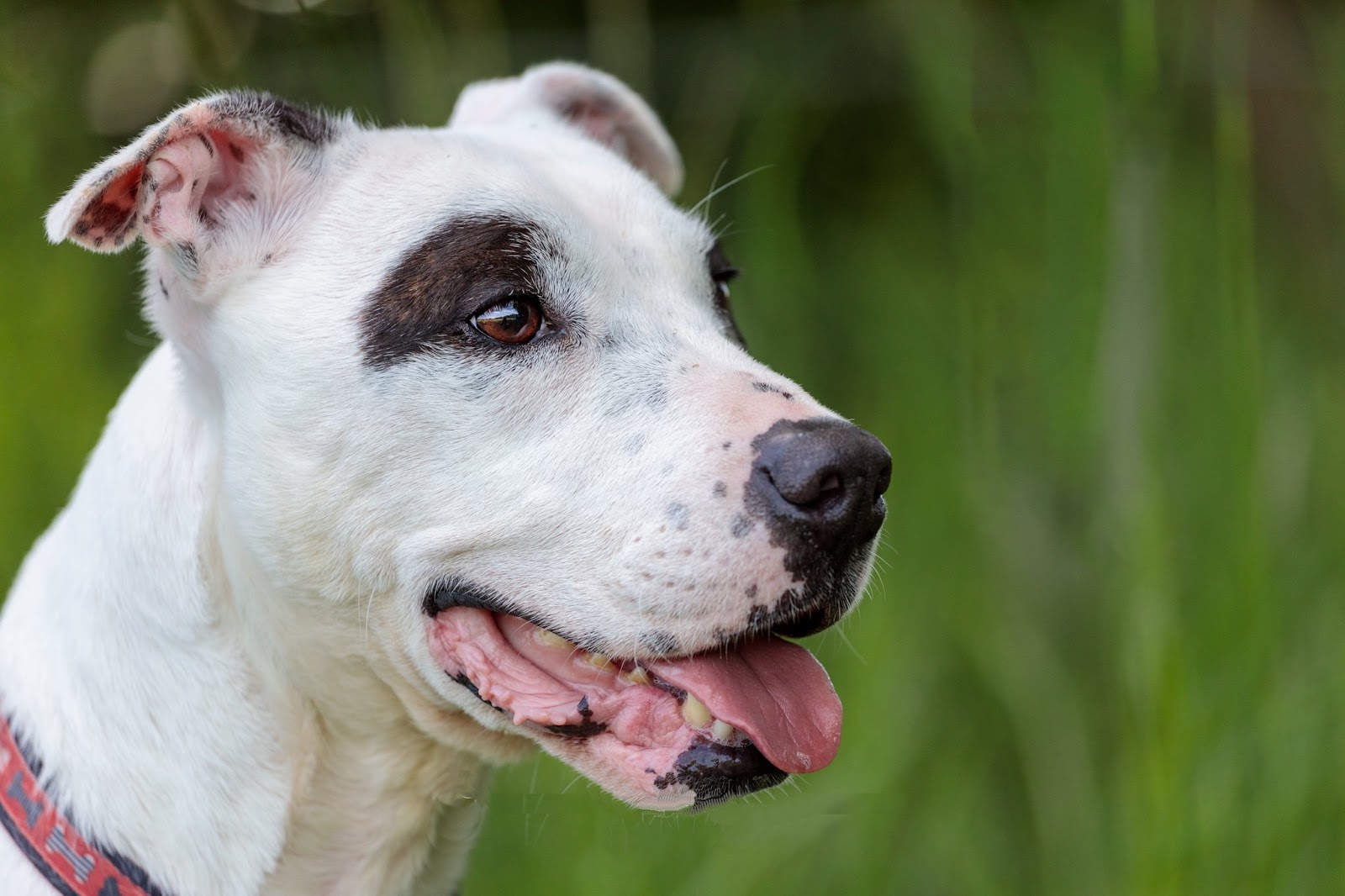 “We had to get her a special winter coat to help keep her warm during the colder months and Alaska thinks she’s disguised herself as a Dalmatian in a bid to win over adopters who may be put off by her breed.

“Of course, they shouldn’t be. Staffies can make absolutely wonderful pets and companions, and Alaska will make the best addition to the right home. She is a happy girl who always greets us with a waggy tail. She has the most beautiful eyes and so much love to give; she just wants someone to love her in return.”

Ideally Alaska’s adopters would live within 40 miles of the branch so the team can continue to support her in her new home.

Find out more about Alaska online or contact the team on 07748 400919 or dogrehoming@rspca-crewenantwich.org.uk for more information.