This is guinea be one tricky rescue! Abandoned guinea pigs rescued by RSPCA after giving inspector the runaround

Two guinea pigs proved tricky to catch after they were abandoned in Rotherham and survived for two weeks under some decking.

The RSPCA received a call from a member of the public who had spotted the guinea pigs and believed they had been in the area for around two weeks, surviving under the decking where it was dry and warm.

Inspector Sandra Dransfield attended on Friday 15 October in Cornwell Close in Rotherham to try and catch the guinea pigs. The two pets had been abandoned in the area as around 15ft away was a discarded indoor hutch which they had clearly escaped from and were sheltering in a nearby garden. 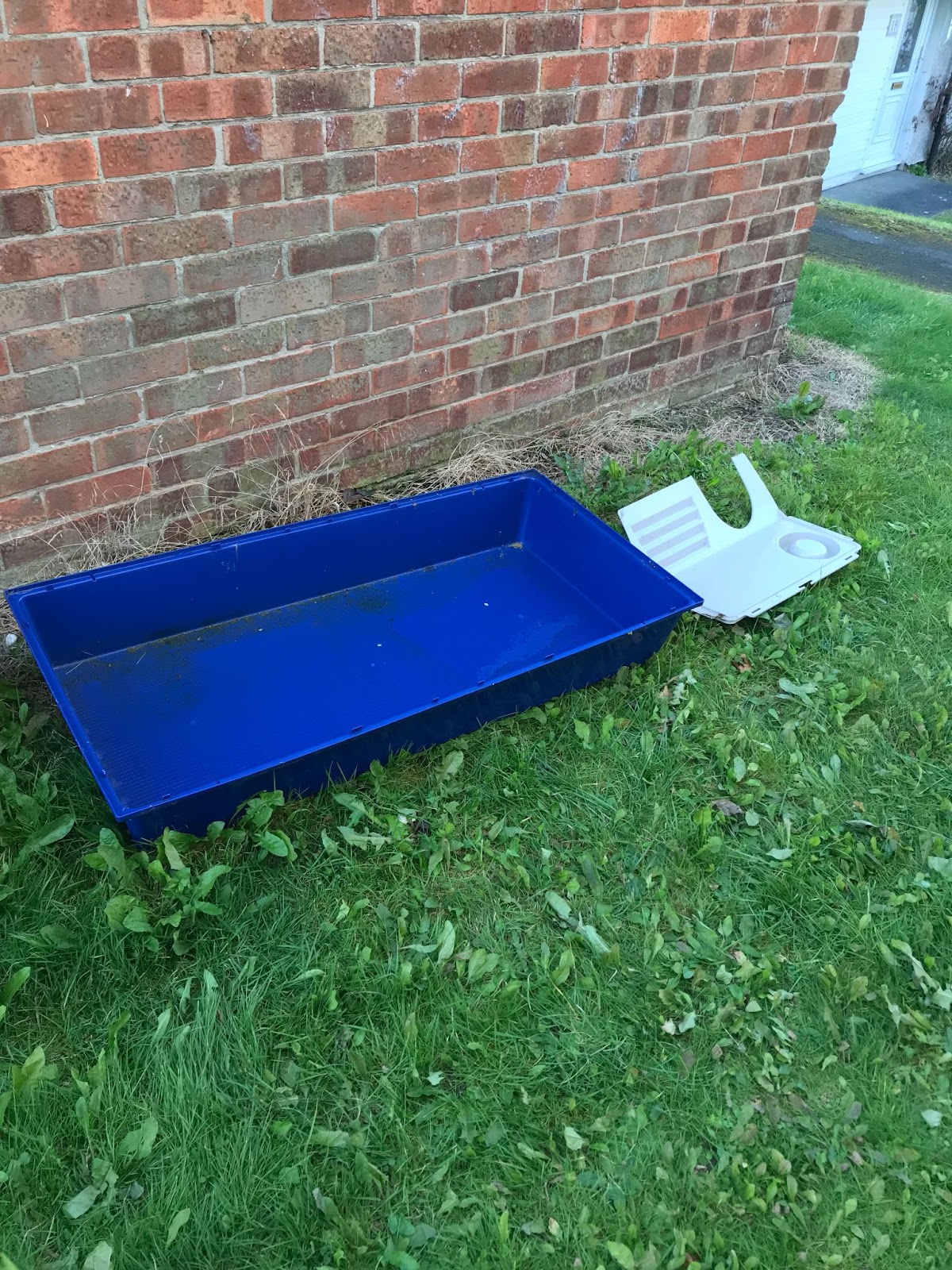 Sandra said: “They were incredibly lucky to have survived this long on their own. These are domestic pets and are not used to fending for themselves or battling against the elements so I knew we needed to catch them quickly and bring them to safety. Catching them proved trickier than myself or the caller imagined though and the two little piggies gave us quite the runaround!”

On her first visit, it would seem there was no sign of the guinea pigs until Sandra had packed up and was about to leave. She was standing on a path that runs down the back of the gardens and was talking to the member of the public when one of the piggies suddenly appeared at their feet.

Sandra continued: “We’d been looking for them for ages and it was just typical that they would appear when we weren’t ready, with no cage or equipment in hand! As soon as I tried to pick him up the elusive guinea pig ran off under the decking again “I returned again the next day and this time we blocked off the decking with the kind help of the caller and her daughter. The piggies were now in a nearby dense bush which was difficult to see inside. We were fooled by a child’s toy that had been thrown into the bush and I grabbed it before quickly realising it definitely was not a guinea pig!

“Finally, we managed to catch the first guinea pig and put him in a cage whilst we searched for the second. It took over three hours before both pigs were safely in our care. The weather was turning much colder and I was concerned that the temperature would plummet and they wouldn’t survive the night so I was so pleased that we managed to catch them when we did.”

The two male guinea pigs are both healthy but just a little underweight. They were fostered with Inspector Kim Greaves for a couple of days and then transferred to the RSPCA Derby branch for care.

Sandra added: “These guinea pigs were so lucky that they managed to get by on their own as long as they have and in my experience this is fairly rare. Sadly, it could have easily been a different story. We know that people’s circumstances can change which may mean they can no longer care for their pets but there is never an excuse to abandon them like this. We would always urge anyone who is struggling to please reach out for help, approach friends and family, or contact a charity like ourselves. Please do not dump your pets.”

If anyone has any information about how these guinea pigs came to be abandoned, or if anyone saw anything suspicious around Cornwell Close during the first two weeks of October, please call the inspectorate appeal line on 0300 123 8018.