A tiny puppy is receiving round-the-clock care after being abandoned in a rucksack in Berkshire woodland.


The chocolate-coloured cockapoo was rushed into a local veterinary surgery on Thursday 10 February after witnesses saw him being dumped in a rucksack in Finchampstead Woods.


The clinic admitted the tiny puppy, who arrived in a collapsed state and seemed unable to use his back legs, and reported the incident to the RSPCA.


Inspector Andy Eddy, who is now investigating, said: “The puppy is only approximately eight or nine-weeks-old and initially seemed very poorly when he was first taken in by the vets.


“Witnesses had been walking through the woods when they saw a man dump the bag - a black Reebok rucksack - before running off. When they looked inside the rucksack they discovered the little curly-haired pup in a paper bag.


“Vets initially had concerns as the puppy didn’t appear to be able to use his rear legs and they suspected a neurological problem. However, they’ve run numerous tests and have been unable to come to a conclusion as to what is making him unsteady on his back legs.


“He’s got stronger and is improving every day. He’s now bright and bouncy, and his mobility is much better. He can be weak on his rear end and has some strange episodes where he appears to go a little vacant so this will be monitored.


“I believe he may have been abandoned due to his health problems. Perhaps a breeder felt they’d be unable to sell him, or perhaps an owner was concerned about the cost of veterinary treatment. Either way, I’m looking into the circumstances and would be keen to speak to anyone who saw the incident or who may know who is responsible to call us on 0300 123 8018. 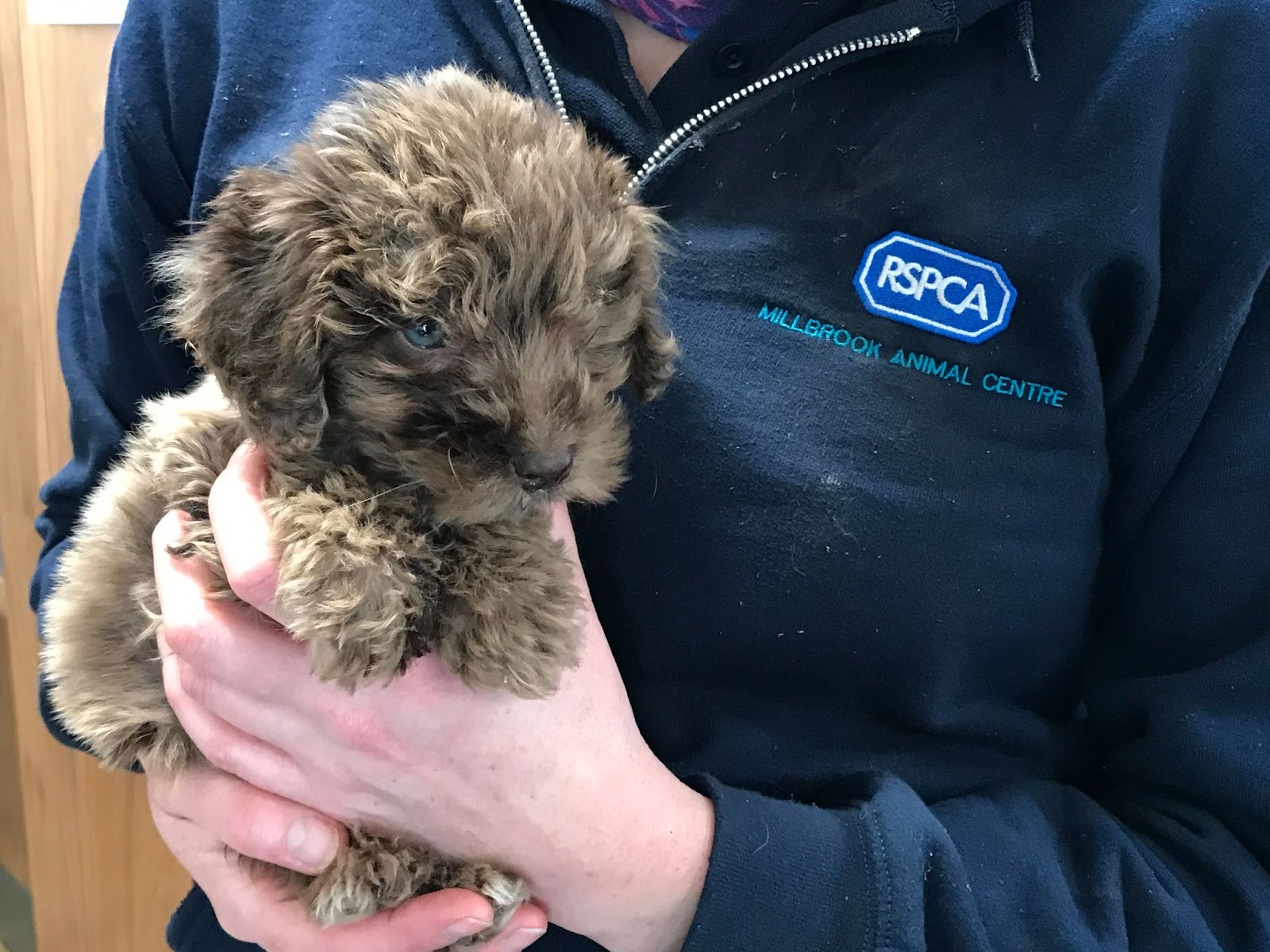 “Times are hard and we appreciate that pet ownership and vet bills can be expensive but it is never acceptable to abandon an animal in this way, particularly one who is sick and vulnerable.”


Watson, as he’s been named, has now been moved to RSPCA Millbrook Animal Rescue Centre in Surrey. He’ll be fostered by a member of staff and will continue to be closely monitored.


The man is described as speaking in a foreign language, wearing a black and white t-shirt, jeans and a baseball cap.


Members of the public who witnessed Watson being abandoned also informed the police.